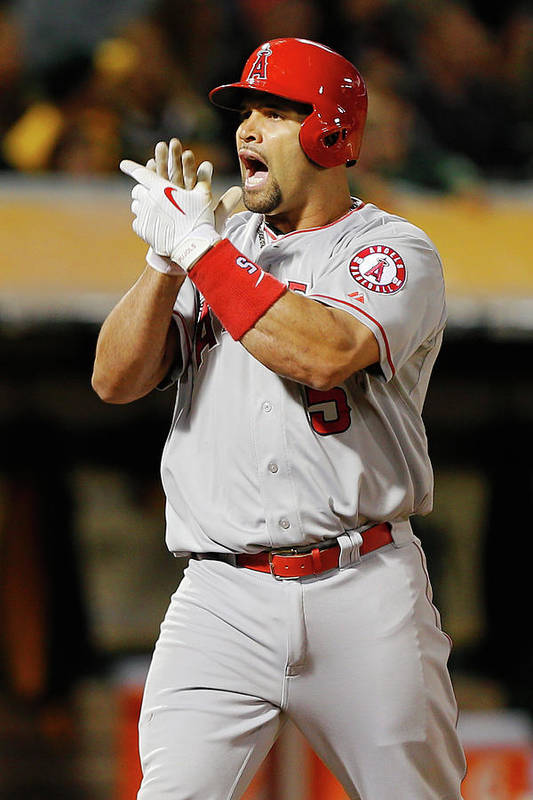 Albert Pujols art print by Brian Bahr.   Our art prints are produced on acid-free papers using archival inks to guarantee that they last a lifetime without fading or loss of color. All art prints include a 1" white border around the image to allow for future framing and matting, if desired.

OAKLAND, CA - JUNE 19: Albert Pujols #5 of the Los Angeles Angels of Anaheim claps his hands as he crosses home plate on his grand slam against the Oakland A's in the seventh inning at O.co Coliseum on June 19, 2015 in Oakland, California. The Angels took the lead with the slam and are ahead 10-7 in the eighth inning. (Photo by Brian Bahr/Getty Images)Image provided by Getty Images.