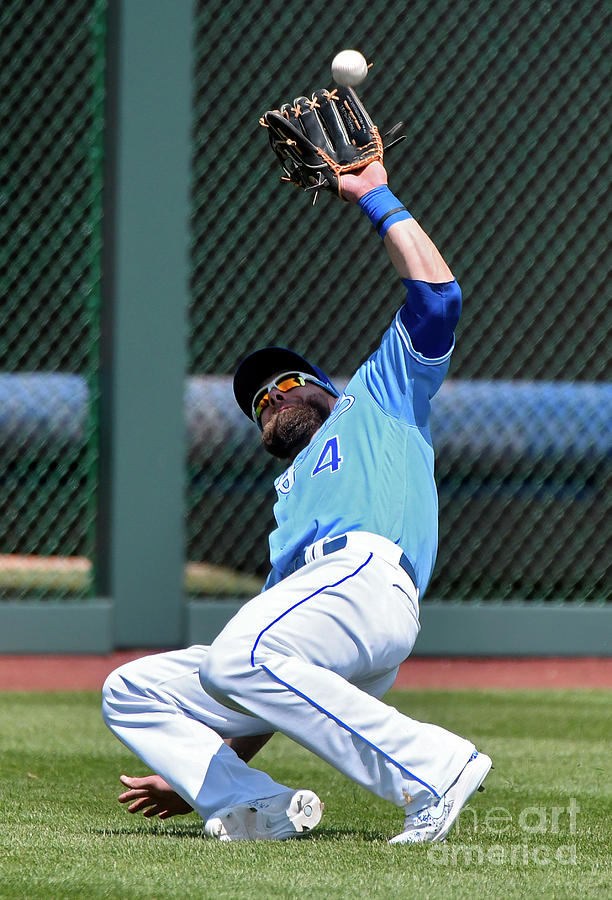 KANSAS CITY, MO - APRIL 29: Alex Gordon #4 of the Kansas City Royals attempts to catch a ball hit by Daniel Palka #18 of the Chicago White Sox in the second inning at Kauffman Stadium on April 29, 2018 in Kansas City, Missouri. Gordon dropped the ball and Palka picked up a triple on the play. (Photo by Ed Zurga/Getty Images)