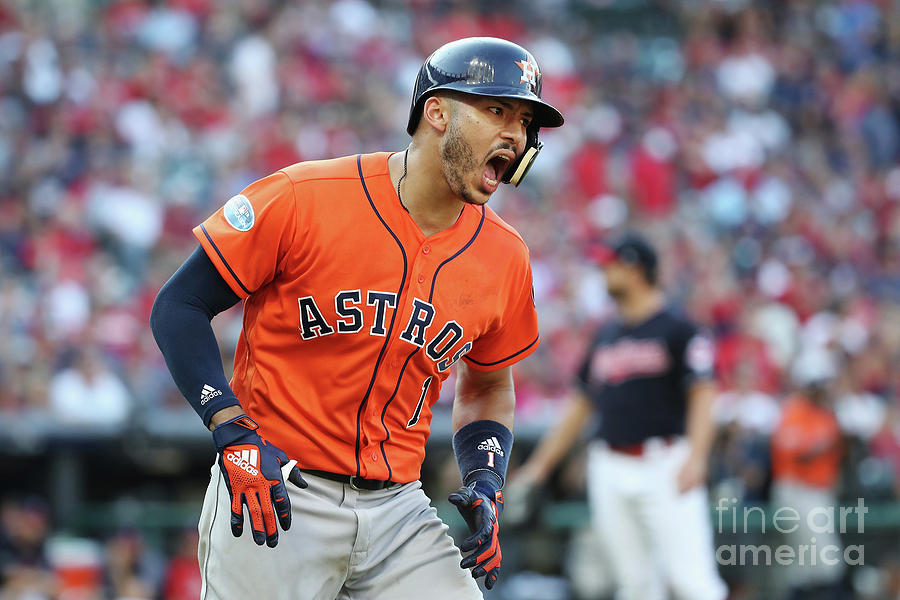 CLEVELAND, OH - OCTOBER 08: Carlos Correa #1 of the Houston Astros celebrates as he runs the bases after hitting a three-run home run in the eighth inning against the Cleveland Indians during Game Three of the American League Division Series at Progressive Field on October 8, 2018 in Cleveland, Ohio. (Photo by Gregory Shamus/Getty Images)