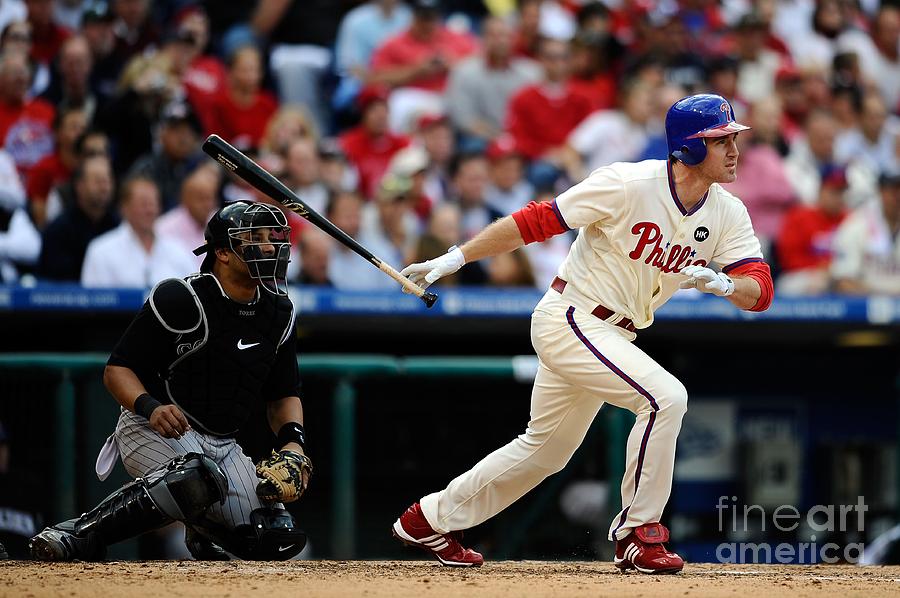 PHILADELPHIA - OCTOBER 07: Chase Utley #26 of the Philadelphia Phillies hits a single in the bottom of the sixth inning against the Colorado Rockies in Game One of the NLDS during the 2009 MLB Playoffs at Citizens Bank Park on October 7, 2009 in Philadelphia, Pennsylvania. The Phillies won 5-1. (Photo by Jeff Zelevansky/Getty Images)