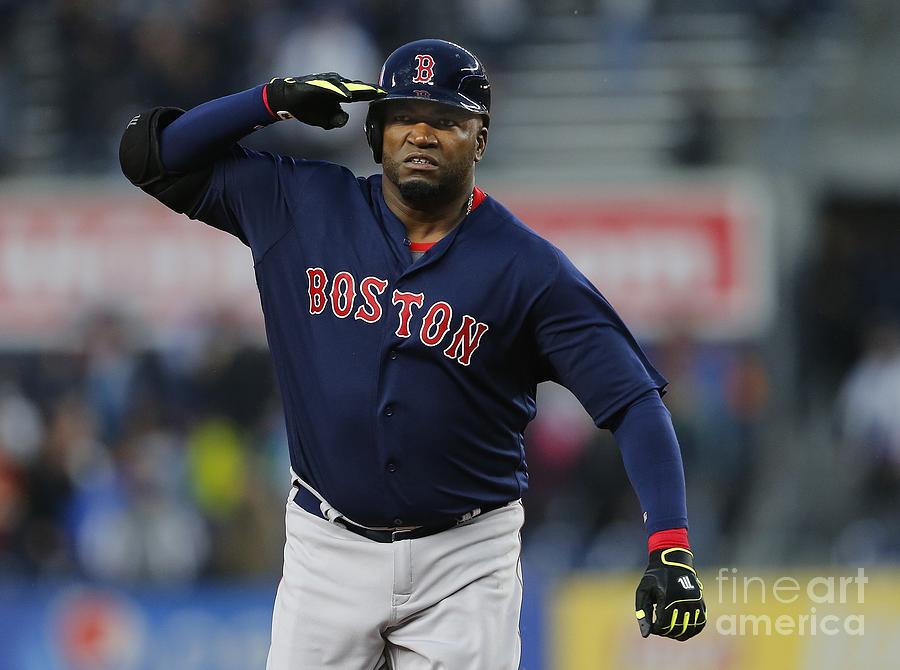 NEW YORK, NY - MAY 06: David Ortiz #34 of the Boston Red Sox salutes as he round second base after hitting a two run home run in the first inning against the New York Yankees during a game at Yankee Stadium on May 6, 2016 in the Bronx borough of New York City. (Photo by Rich Schultz/Getty Images)