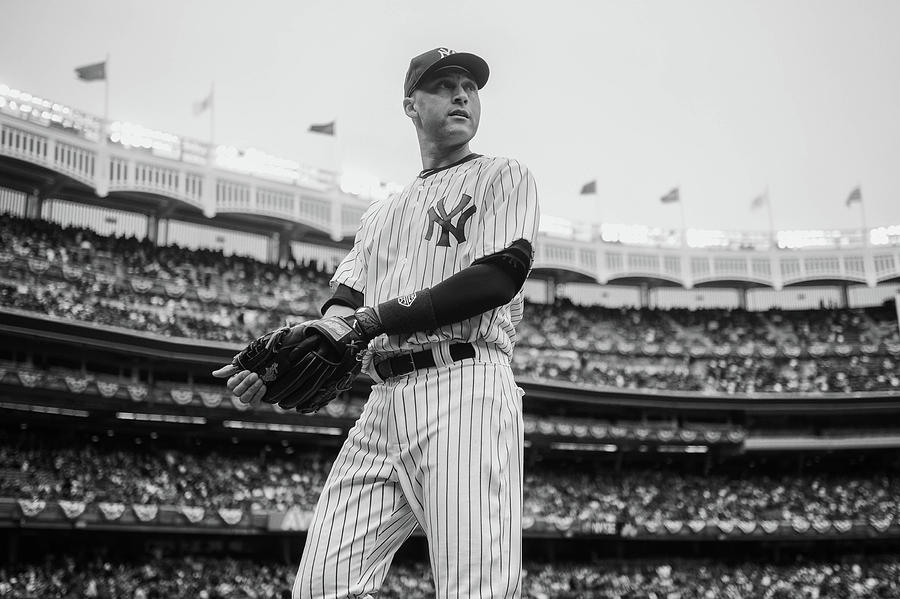 NEW YORK, NY - APRIL 7: EDITORS NOTE: Image has been converted to black and white.) Derek Jeter #2 of the New York Yankees looks on while walking back to the dugout during the game against the Baltimore Orioles at Yankee Stadium on Monday, April 7, 2014 in the Bronx borough of New York City. (Photo by Rob Tringali/MLB Photos via Getty Images)