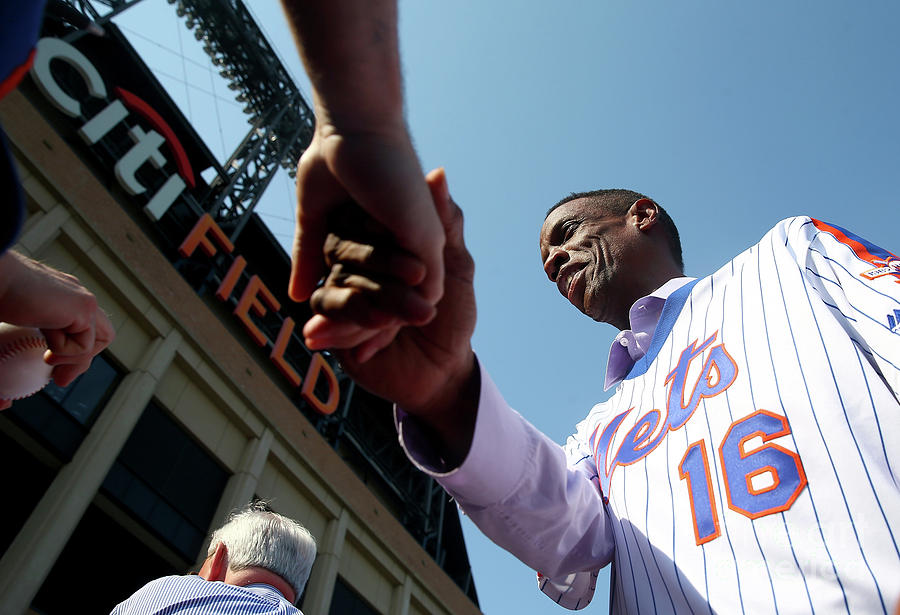 NEW YORK, NY - MAY 28: Dwight Gooden #16 of the 1986 New York Mets greets fans on the red carpet before the game between the New York Mets and the Los Angeles Dodgers at Citi Field on May 28, 2016 in the Flushing neighborhood of the Queens borough of New York City.The New York Mets are honoring the 30th anniversary of the 1986 championship season. (Photo by Elsa/Getty Images)