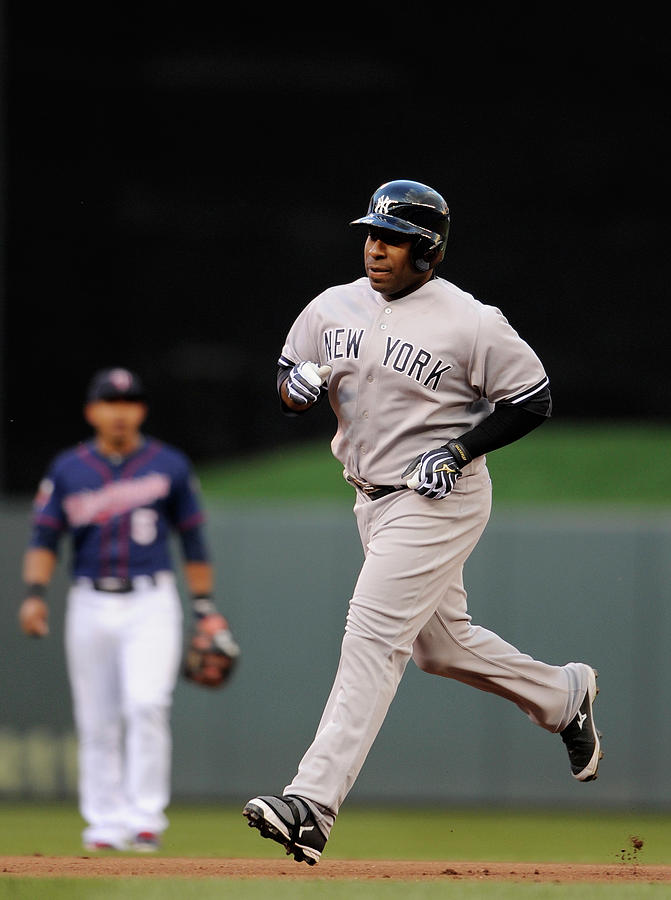 MINNEAPOLIS, MN - JULY 3: Zelous Wheeler #45 of the New York Yankees rounds the bases after hitting a home run in his major league debut as Eduardo Escobar #5 of the Minnesota Twins looks on during the fifth inning of the game on July 3, 2014 at Target Field in Minneapolis, Minnesota. The Yankees defeated the Twins 7-4. (Photo by Hannah Foslien/Getty Images)