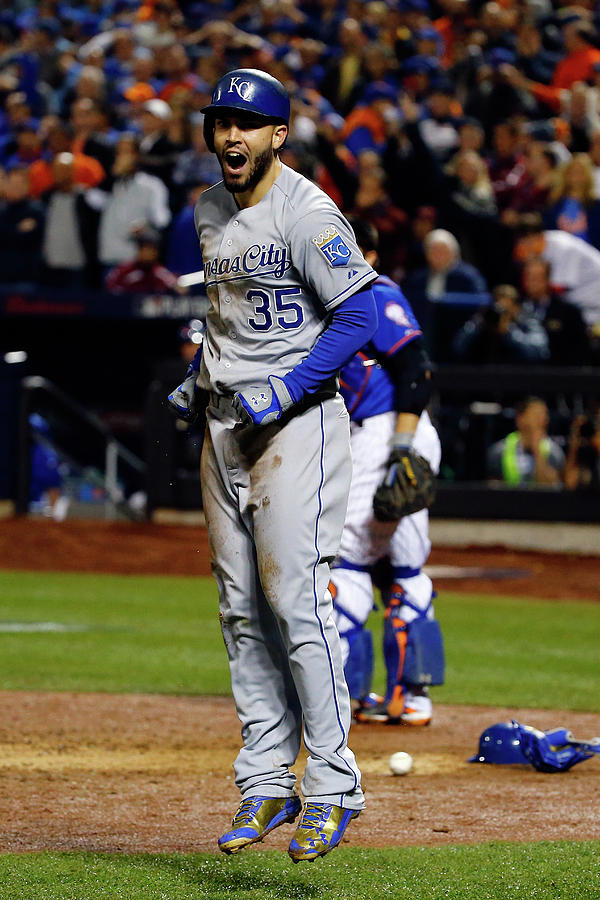 NEW YORK, NY - NOVEMBER 01: Eric Hosmer #35 of the Kansas City Royals celebrates after scoring a run off of a grounded out hit by Salvador Perez #13 to tie the game in the ninth inning against Jeurys Familia #27 of the New York Mets during Game Five of the 2015 World Series at Citi Field on November 1, 2015 in the Flushing neighborhood of the Queens borough of New York City. (Photo by Al Bello/Getty Images)