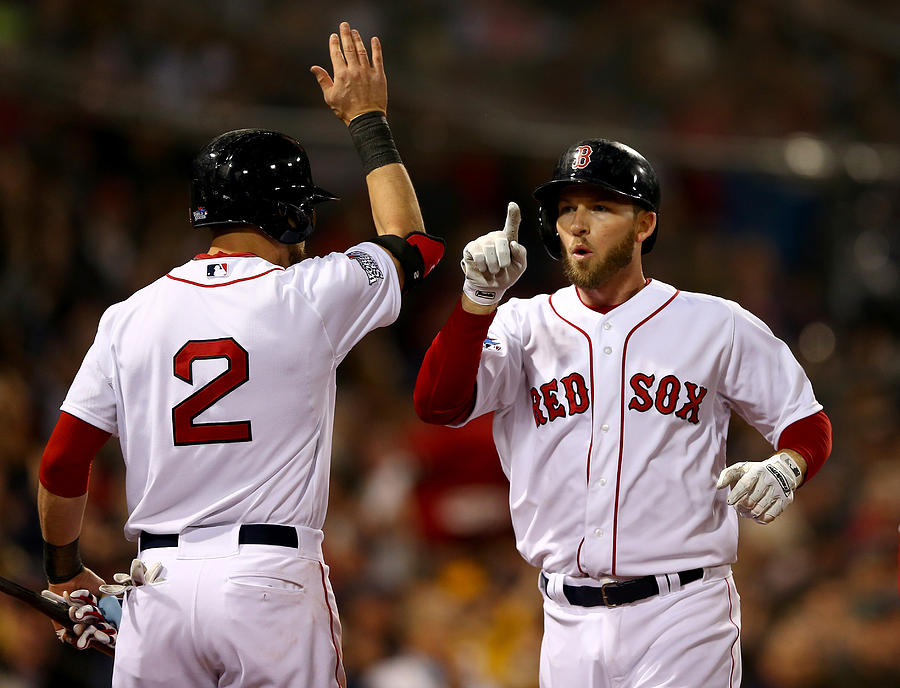 BOSTON, MA - OCTOBER 30: Stephen Drew #7 celebrates with Jacoby Ellsbury #2 of the Boston Red Sox after hitting a home run in the fourth inning against the St. Louis Cardinals during Game Six of the 2013 World Series at Fenway Park on October 30, 2013 in Boston, Massachusetts. (Photo by Elsa/Getty Images)