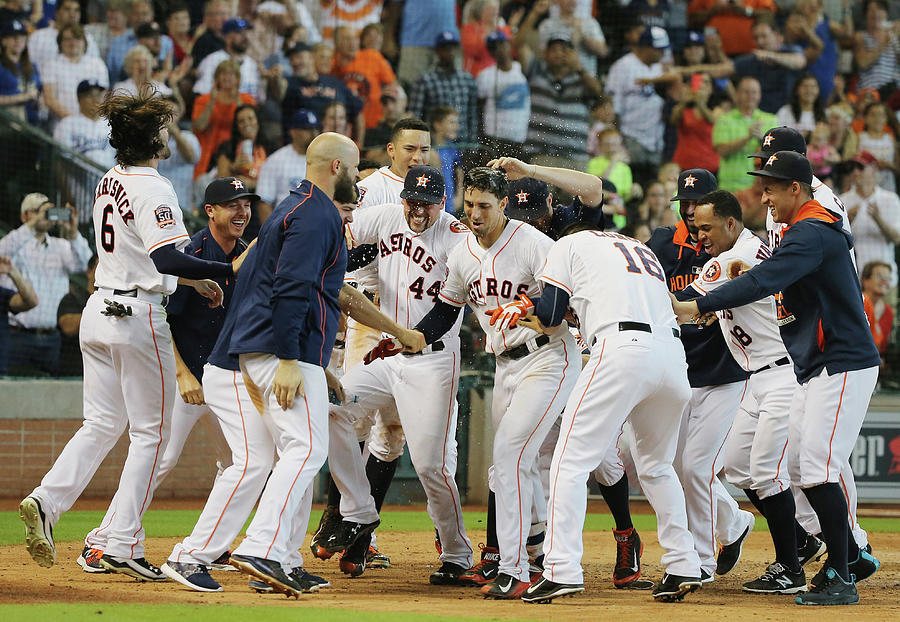 HOUSTON, TX - AUGUST 23: Jason Castro #15 of the Houston Astros celebrates with his teammates after his solo home run in the tenth inning defeated the Los Angeles Dodgers 3-2 during their game at Minute Maid Park on August 23, 2015 in Houston, Texas. (Photo by Scott Halleran/Getty Images)