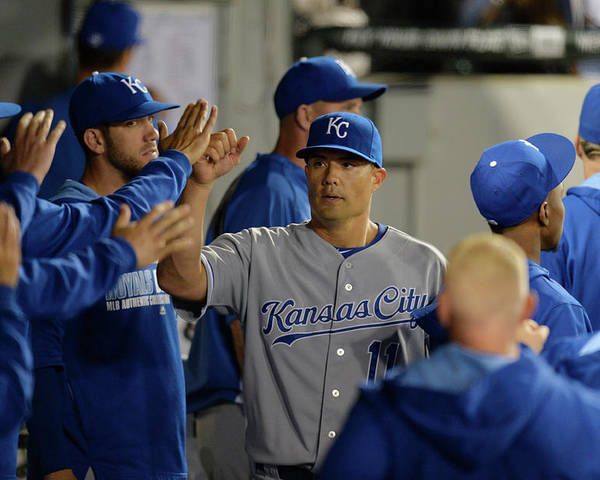 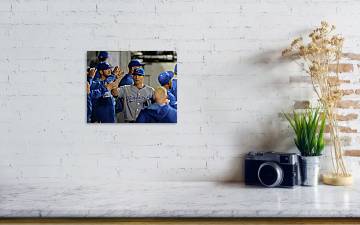 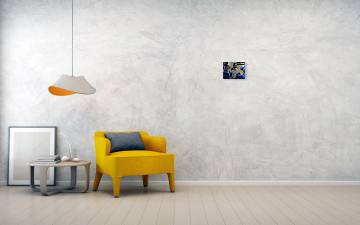 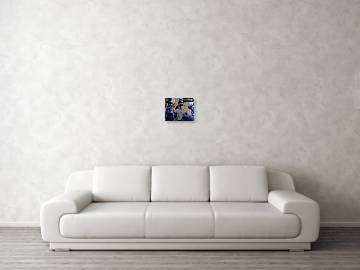 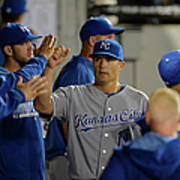 Jeremy Guthrie poster by Brian Kersey.   Our posters are produced on acid-free papers using archival inks to guarantee that they last a lifetime without fading or loss of color. All posters include a 1" white border around the image to allow for future framing and matting, if desired.

CHICAGO, IL - JUNE 13: Starting pitcher Jeremy Guthrie #11 of the Kansas City Royals gets some high-fives from his teammates after he was taken out of the game during the sixth inning against the Chicago White Sox at U.S. Cellular Field on June 13, 2014 in Chicago, Illinois. (Photo by Brian Kersey/Getty Images)Image provided by Getty Images.