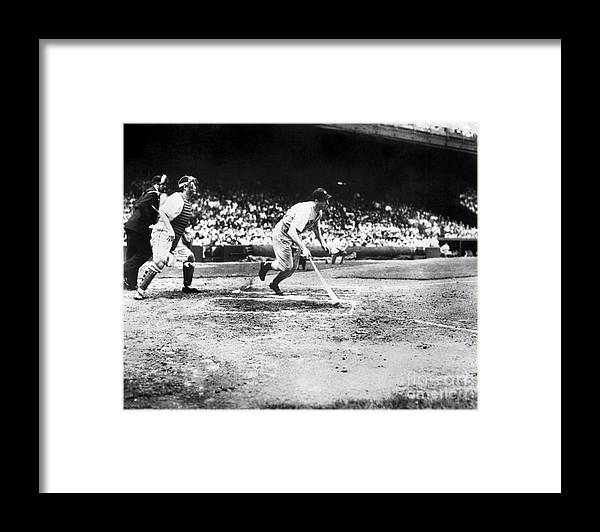 Joe Hall framed print by National Baseball Hall Of Fame Library.   Bring your print to life with hundreds of different frame and mat combinations. Our framed prints are assembled, packaged, and shipped by our expert framing staff and delivered "ready to hang" with pre-attached hanging wire, mounting hooks, and nails.

JULY 16,1941: Joe Dimaggio #5 of the New York Yankees hits a ground ball for a base hit, making it the record 56th consecutive game hit. The streak lasted from May 15,1941- July 16, 1941. Joseph Paul DiMaggio, Jr. played for the New York Yankees from 1936-51. (Photo by National Baseball Hall of Fame Library/MLB via Getty Images)Image provided by Getty Images.