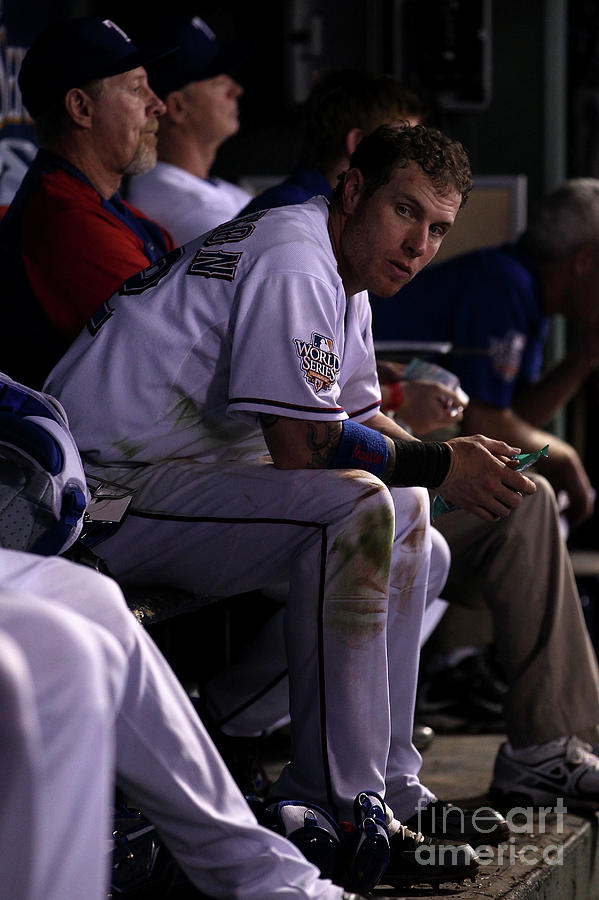 ARLINGTON, TX - OCTOBER 31: Josh Hamilton #32 of the Texas Rangers looks on dejected from the dugout late in the game against the San Francisco Giants in Game Four of the 2010 MLB World Series at Rangers Ballpark in Arlington on October 31, 2010 in Arlington, Texas. (Photo by Christian Petersen/Getty Images)