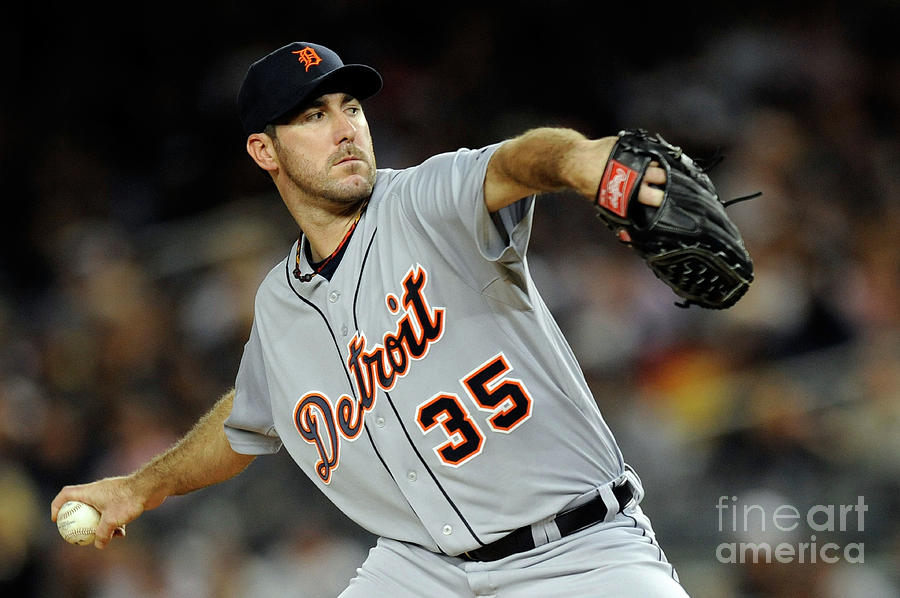 NEW YORK, NY - SEPTEMBER 30: Justin Verlander #35 of the Detroit Tigers pitches against the New York Yankees on during Game One of the American League Division Series at Yankee Stadium on September 30, 2011 in the Bronx borough of New York City. (Photo by Patrick McDermott/Getty Images)