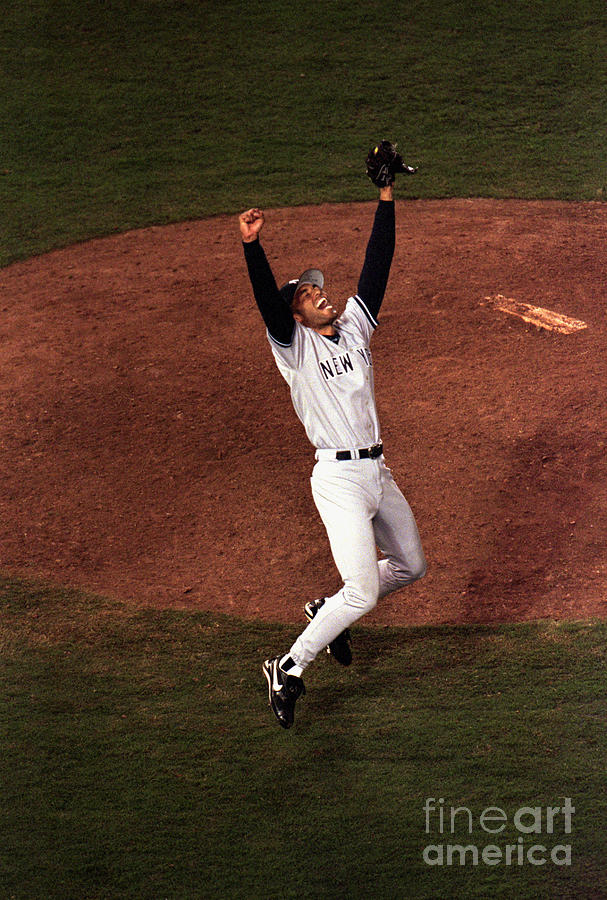 SAN DIEGO - OCTOBER 21: Relief pitcher Mariano Rivera #42 of the New York Yankees rejoices after the last out of game four of the World Series against the San Diego Padres at Qualcomm Stadium on Ocotober 21, 1998 in San Diego, California. The Yankees won the game, 3-0, to sweep the best-of-seven series, 4-0. (Photo by Vincent Laforet/Getty Images)