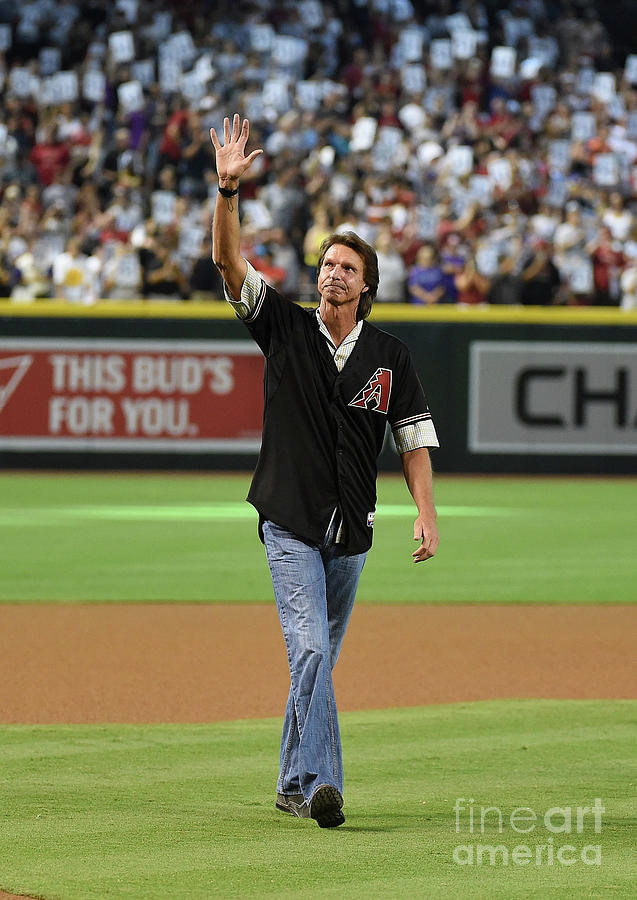 PHOENIX, AZ - AUGUST 08: Former Arizona Diamondbacks pitcher Randy Johnson #51 waves to the fans as he walks in from the bullpen prior to a game against the Cincinnati Reds at Chase Field on August 8, 2015 in Phoenix, Arizona. The Arizona Diamondbacks retired his number #51 during a pregame ceremony. (Photo by Norm Hall/Getty Images)