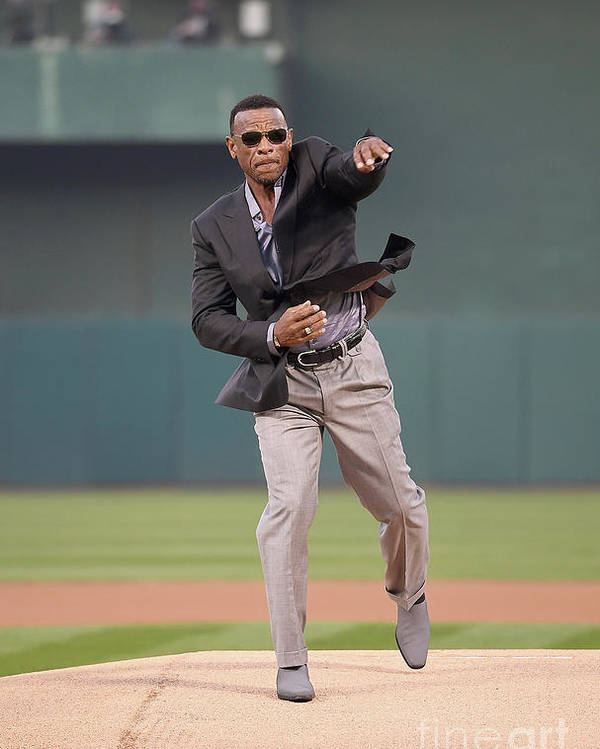 Rickey Henderson poster by Thearon W. Henderson.   Our posters are produced on acid-free papers using archival inks to guarantee that they last a lifetime without fading or loss of color. All posters include a 1" white border around the image to allow for future framing and matting, if desired.

OAKLAND, CA - APRIL 03: Former Oakland Athletic Rickey Henderson throws out the ceremonial first pitch prior to the start of the opening night game between the Los Angeles Angels of Anaheim and Oakland Athletics at the Oakland-Alameda County Coliseum on April 3, 2017 in Oakland, California. (Photo by Thearon W. Henderson/Getty Images)Image provided by Getty Images.