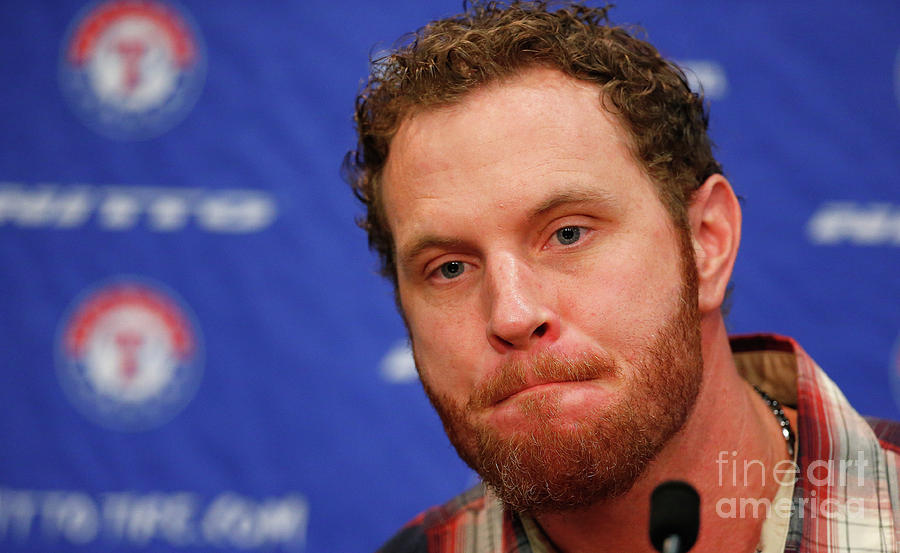 ARLINGTON, TX - APRIL 27: Josh Hamilton, outfielder for the Texas Rangers, talks with the media at Globe Life Park on April 27, 2015 in Arlington, Texas. Hamilton was acquired from the Los Angels in exchange for a player to be named later or cash considerations. (Photo by Tom Pennington/Getty Images)