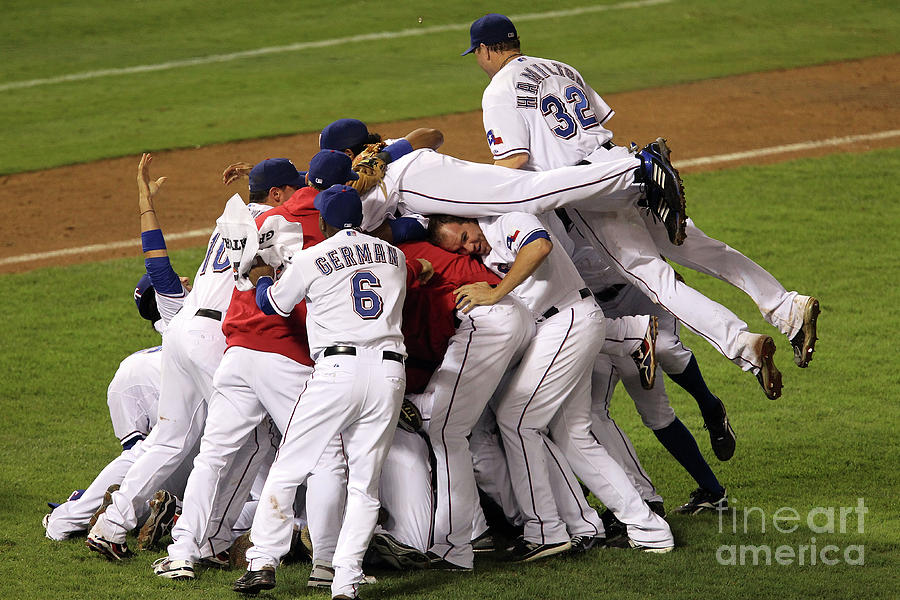 ARLINGTON, TX - OCTOBER 22: Josh Hamilton #32 of the Texas Rangers jumps on top of his teammates as they celebrate after defeating the New York Yankees 6-1 in Game Six of the ALCS to advance to the World Series during the 2010 MLB Playoffs at Rangers Ballpark in Arlington on October 22, 2010 in Arlington, Texas. (Photo by Ronald Martinez/Getty Images)