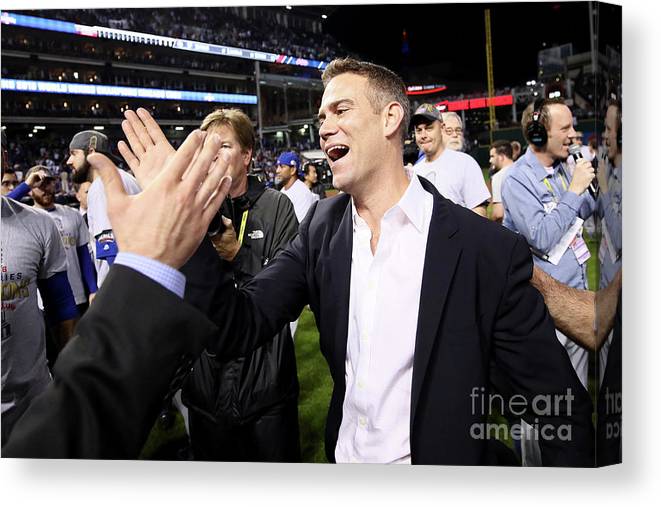 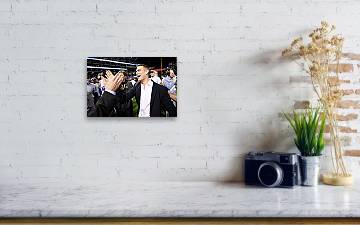 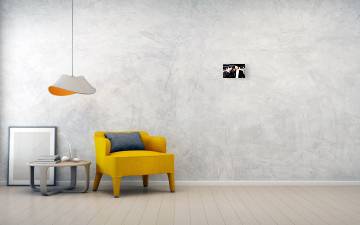 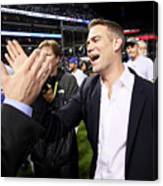 World Series - Chicago Cubs V Cleveland canvas print by Ezra Shaw.   Bring your artwork to life with the texture and depth of a stretched canvas print. Your image gets printed onto one of our premium canvases and then stretched on a wooden frame of 1.5" x 1.5" stretcher bars (gallery wrap) or 5/8" x 5/8" stretcher bars (museum wrap). Your canvas print will be delivered to you "ready to hang" with pre-attached hanging wire, mounting hooks, and nails.

CLEVELAND, OH - NOVEMBER 02: President of Baseball Operations for the Chicago Cubs Theo Epstein reacts after the Cubs defeated the Cleveland Indians 8-7 in Game Seven of the 2016 World Series at Progressive Field on November 2, 2016 in Cleveland, Ohio. The Cubs win their first World Series in 108 years. (Photo by Ezra Shaw/Getty Images)Image provided by Getty Images.