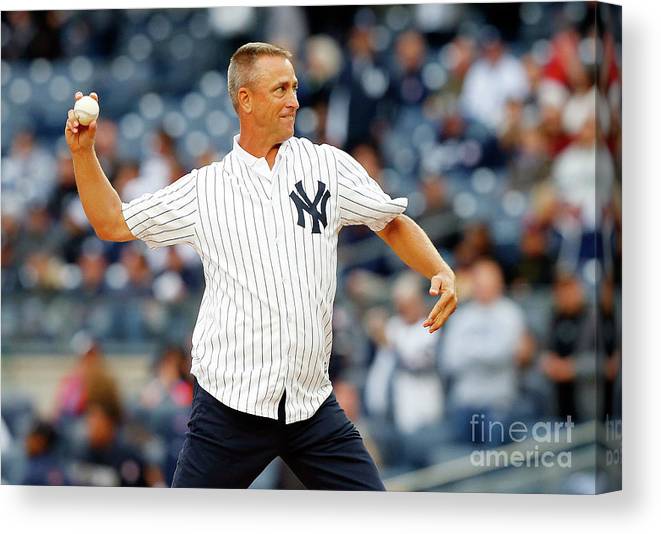 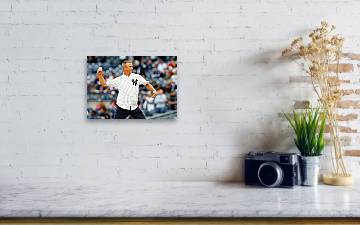 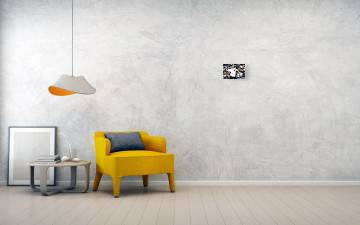 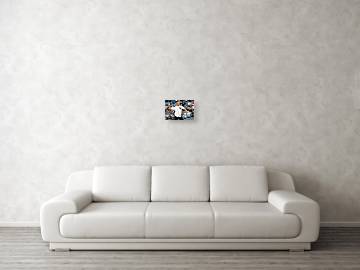 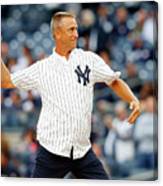 Baltimore Orioles V New York Yankees canvas print by Jim Mcisaac.   Bring your artwork to life with the texture and depth of a stretched canvas print. Your image gets printed onto one of our premium canvases and then stretched on a wooden frame of 1.5" x 1.5" stretcher bars (gallery wrap) or 5/8" x 5/8" stretcher bars (museum wrap). Your canvas print will be delivered to you "ready to hang" with pre-attached hanging wire, mounting hooks, and nails.

NEW YORK, NY - OCTOBER 01: Kevin Maris, son of former New York Yankee Roger Maris, throws out the ceremonial first pitch of a game between the Yankees and the Baltimore Orioles at Yankee Stadium on October 1, 2016 in the Bronx borough of New York City. (Photo by Jim McIsaac/Getty Images)Image provided by Getty Images.