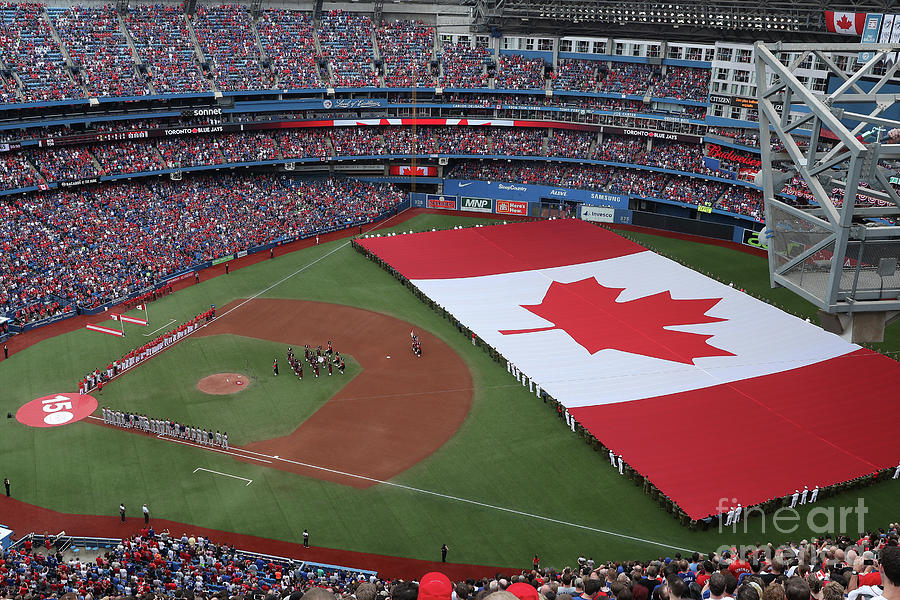 TORONTO, ON - JULY 1: A general view of Rogers Centre as a large Canadian flag is unfurled in the outfield on Canada Day during the playing of the Canadian national anthem before the start of the Toronto Blue Jays MLB game against the Boston Red Sox at Rogers Centre on July 1, 2017 in Toronto, Canada. (Photo by Tom Szczerbowski/Getty Images)