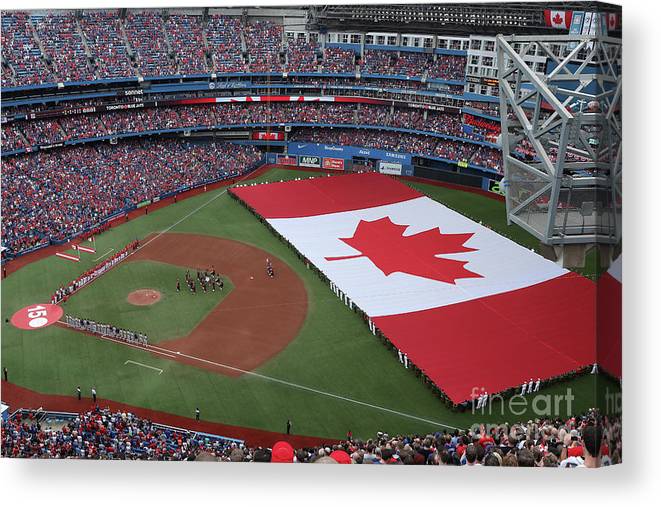 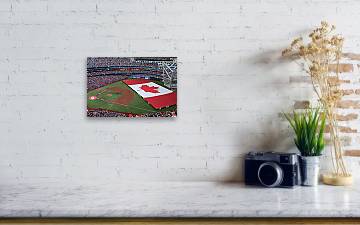 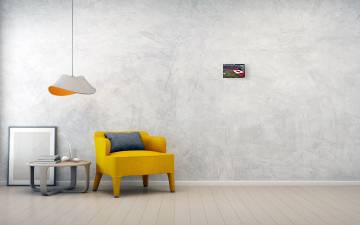 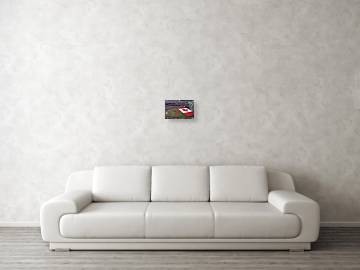 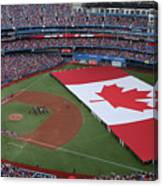 Boston Red Sox V Toronto Blue Jays canvas print by Tom Szczerbowski.   Bring your artwork to life with the texture and depth of a stretched canvas print. Your image gets printed onto one of our premium canvases and then stretched on a wooden frame of 1.5" x 1.5" stretcher bars (gallery wrap) or 5/8" x 5/8" stretcher bars (museum wrap). Your canvas print will be delivered to you "ready to hang" with pre-attached hanging wire, mounting hooks, and nails.

TORONTO, ON - JULY 1: A general view of Rogers Centre as a large Canadian flag is unfurled in the outfield on Canada Day during the playing of the Canadian national anthem before the start of the Toronto Blue Jays MLB game against the Boston Red Sox at Rogers Centre on July 1, 2017 in Toronto, Canada. (Photo by Tom Szczerbowski/Getty Images)Image provided by Getty Images.