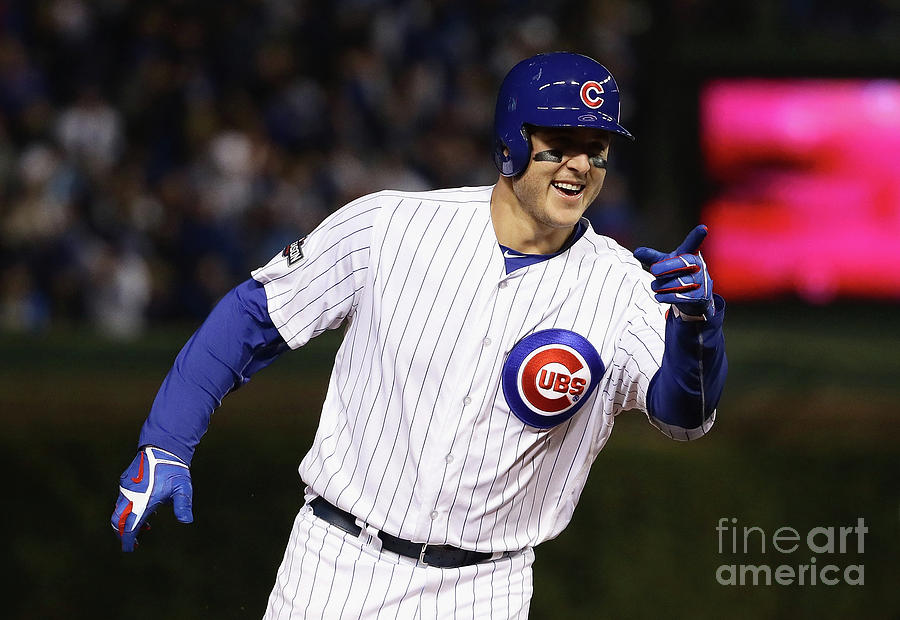 CHICAGO, IL - OCTOBER 22: Anthony Rizzo #44 of the Chicago Cubs reacts as he runs the bases after hitting a solo home run in the fifth inning against the Los Angeles Dodgers during game six of the National League Championship Series at Wrigley Field on October 22, 2016 in Chicago, Illinois. (Photo by Jonathan Daniel/Getty Images)