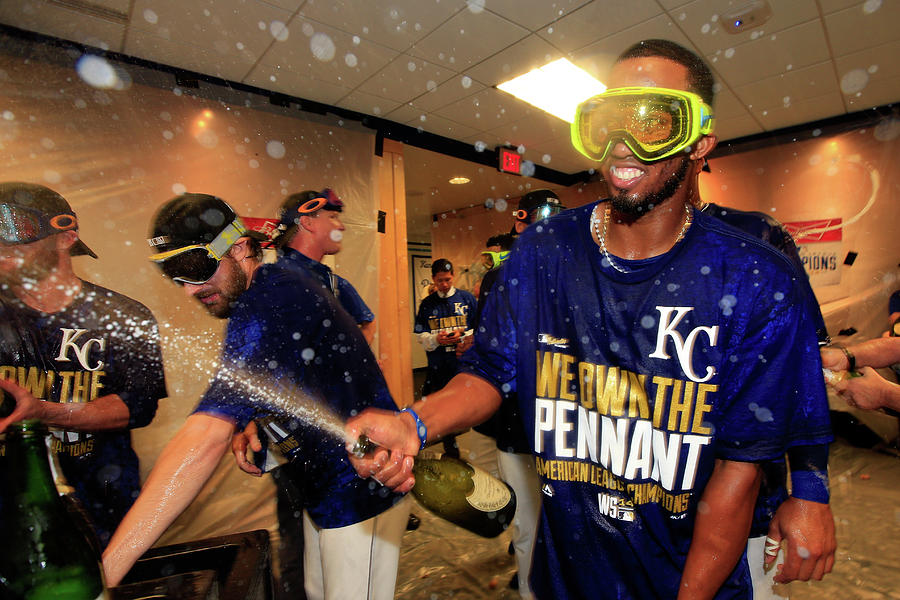 KANSAS CITY, MO - OCTOBER 15: Alcides Escobar #2 of the Kansas City Royals celebrates in the locker room after their 2 to 1 win over the Baltimore Orioles to sweep the series in Game Four of the American League Championship Series at Kauffman Stadium on October 15, 2014 in Kansas City, Missouri. (Photo by Jamie Squire/Getty Images)