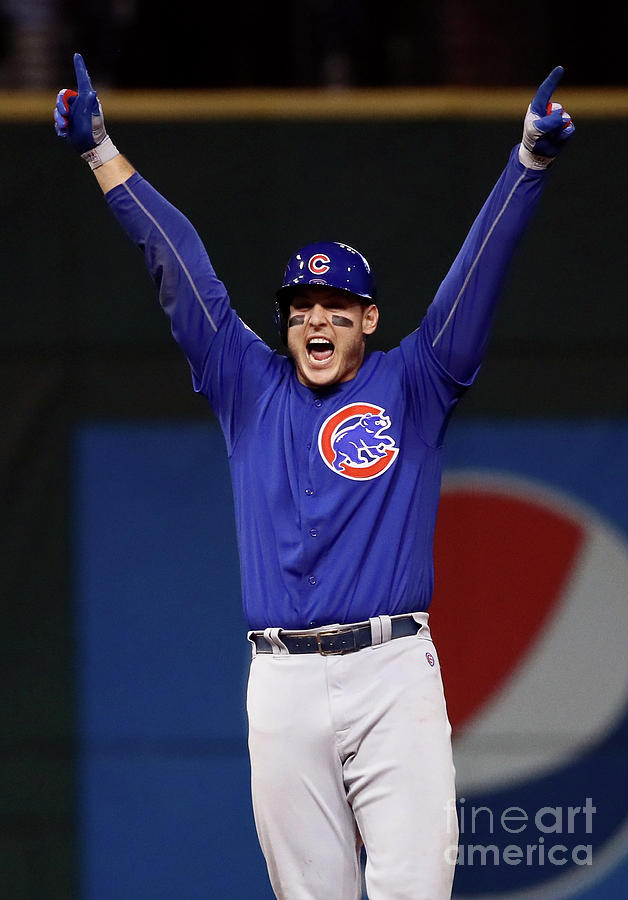 CLEVELAND, OH - NOVEMBER 02: Anthony Rizzo #44 of the Chicago Cubs reacts on second base after hitting an RBI single to score Kris Bryant #17 (not pictured) during the fifth inning against the Cleveland Indians in Game Seven of the 2016 World Series at Progressive Field on November 2, 2016 in Cleveland, Ohio. Rizzo advanced to second base on throw. (Photo by Ezra Shaw/Getty Images)