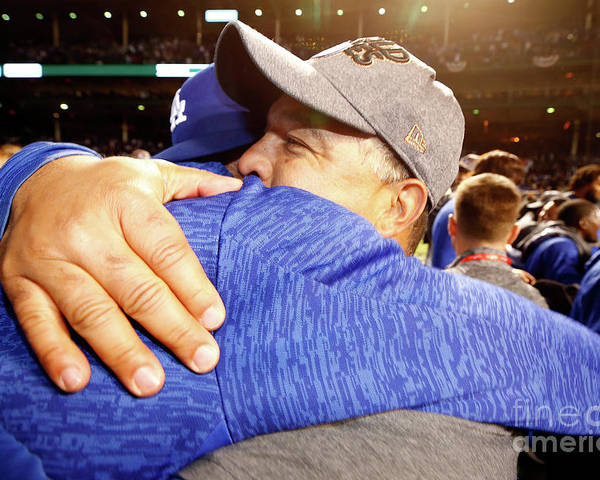 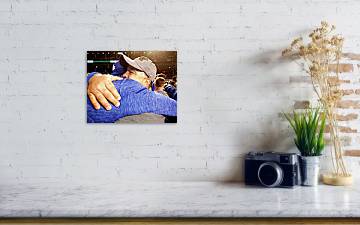 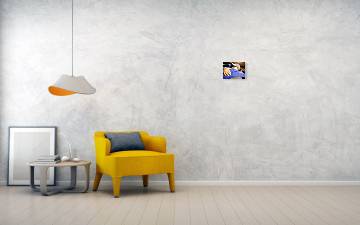 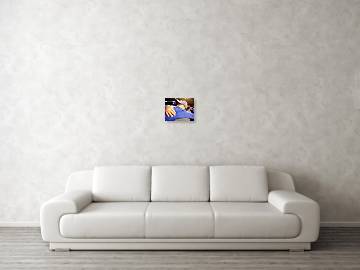 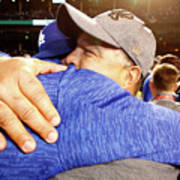 Dave Roberts poster by Jamie Squire.   Our posters are produced on acid-free papers using archival inks to guarantee that they last a lifetime without fading or loss of color. All posters include a 1" white border around the image to allow for future framing and matting, if desired.

CHICAGO, IL - OCTOBER 19: Manager Dave Roberts of the Los Angeles Dodgers celebrates after beating the Chicago Cubs 11-1 in game five of the National League Championship Series at Wrigley Field on October 19, 2017 in Chicago, Illinois. The Dodgers advance to the 2017 World Series. (Photo by Jamie Squire/Getty Images)Image provided by Getty Images.