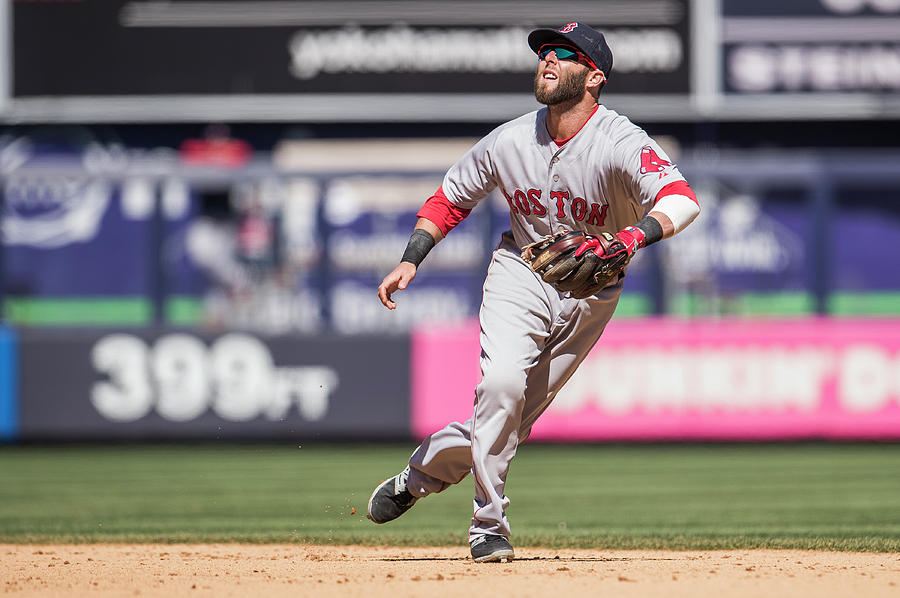 NEW YORK, NY - APRIL 11: Dustin Pedroia #15 of the Boston Red Sox plays defense at second base during the game against the New York Yankees at Yankee Stadium on Saturday, April 11, 2015 in the Bronx borough of New York City. (Photo by Rob Tringali/MLB Photos via Getty Images)