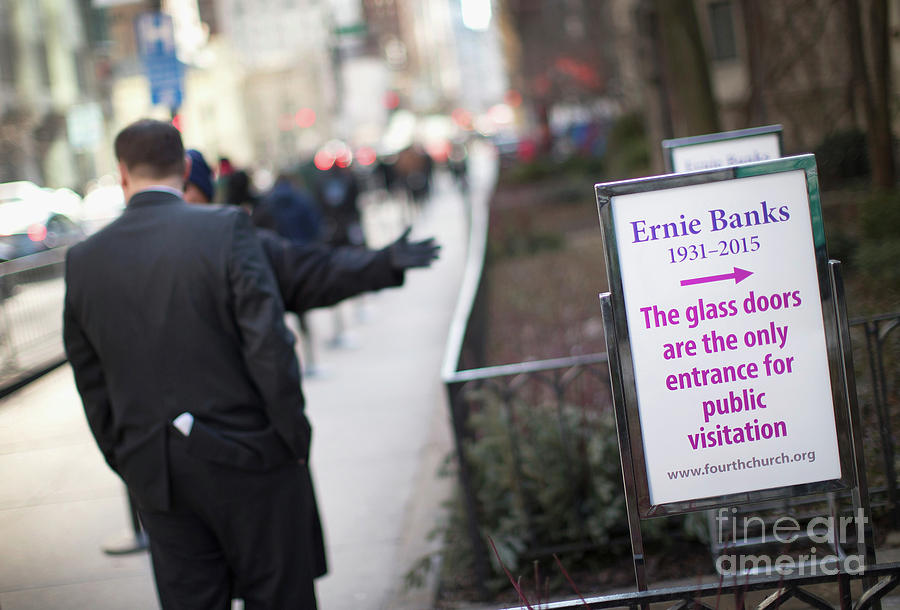 CHICAGO, IL - JANUARY 30: Chicago Cubs fans attend the visitation for former player Ernie Banks at the Fourth Presbyterian Church on January 30, 2015 in Chicago, Illinois. Banks, who was known as Mr. Cub, played with the Chicago Cubs from 1953 through 1971, joining the team after a short stint with the Negro League. Banks, considered by many to be one of the sport's greatest players, was inducted into the National Baseball Hall of Fame in 1977. He died on January 23rd of a heart attack, eight days before his 84th birthday. (Photo by Scott Olson/Getty Images)