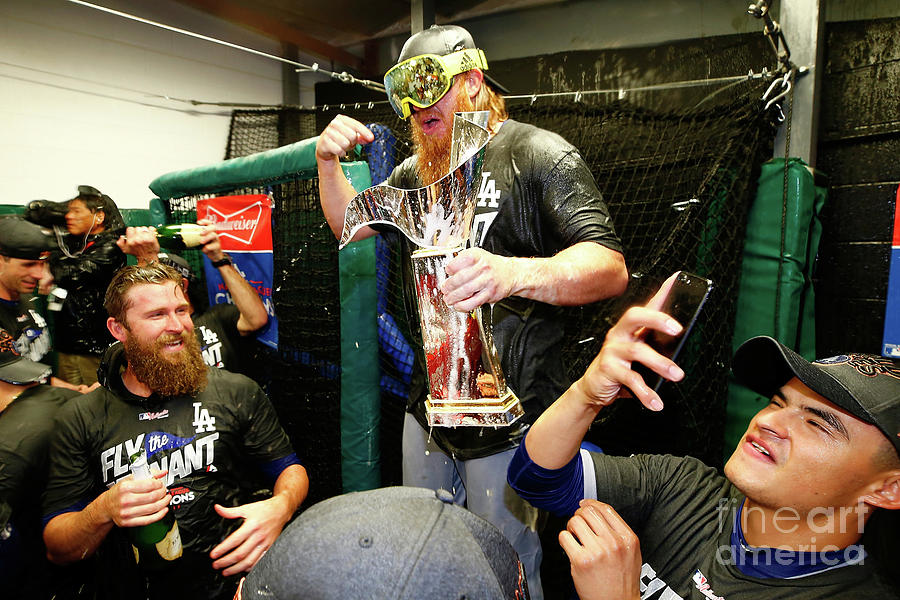 CHICAGO, IL - OCTOBER 19: Justin Turner #10 of the Los Angeles Dodgers celebrates in the clubhouse after defeating the Chicago Cubs 11-1 in game five of the National League Championship Series at Wrigley Field on October 19, 2017 in Chicago, Illinois. The Dodgers advance to the 2017 World Series. (Photo by Jamie Squire/Getty Images)