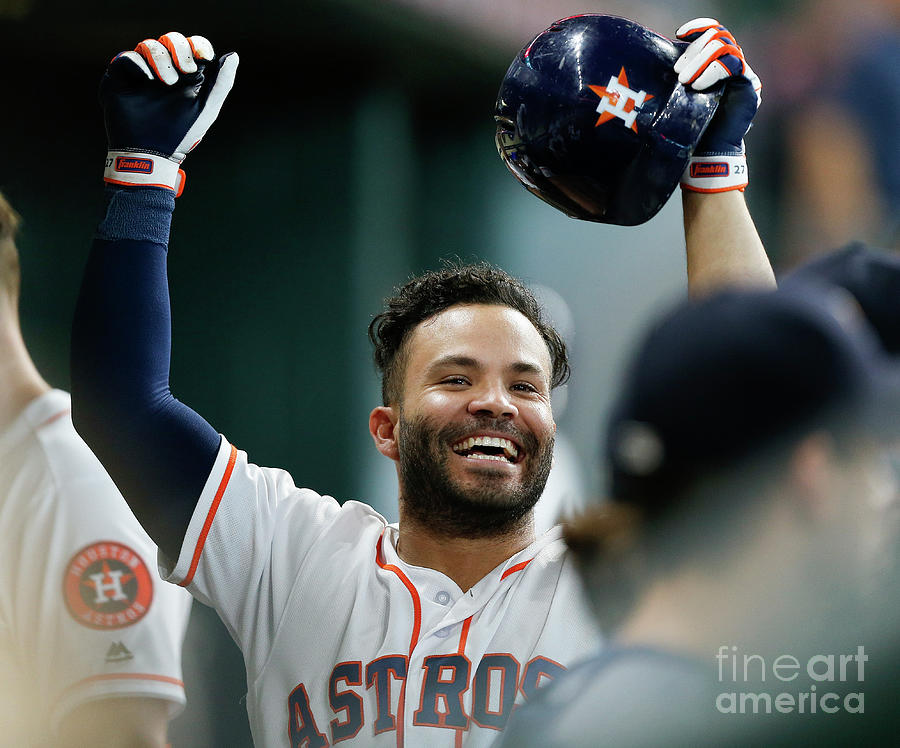 HOUSTON, TX - APRIL 25: Jose Altuve #27 of the Houston Astros celebrates by himself in the dugout after hitting a home run against the Los Angeles Angels of Anaheim in the sixth inning at Minute Maid Park on April 25, 2018 in Houston, Texas. His teammates gave him in the silent treatment as he entered the dugout as it was his first home run of the season. (Photo by Bob Levey/Getty Images)