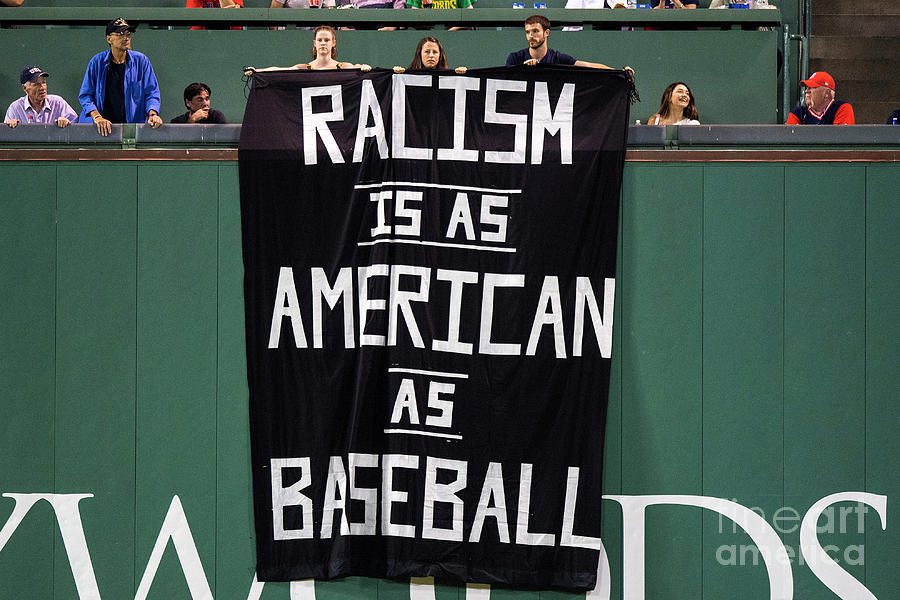 BOSTON, MA - SEPTEMBER 13: Fans display a sign that reads "Racism is as American as Baseball" over the Green Monster during the fourth inning of a game between the Boston Red Sox and the Oakland Athletics on September 13, 2017 at Fenway Park in Boston, Massachusetts. (Photo by Billie Weiss/Boston Red Sox/Getty Images)