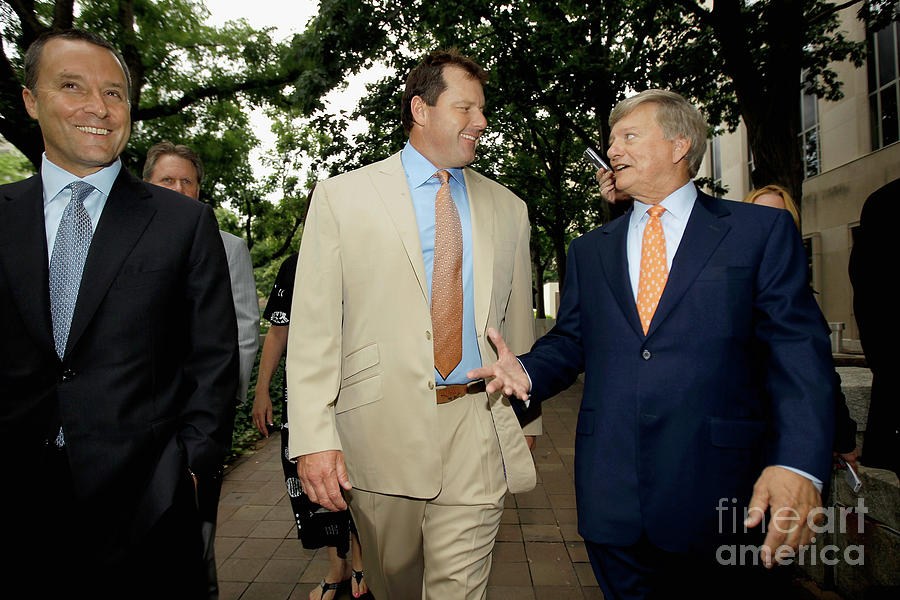 WASHINGTON, DC - JUNE 18: Former all-star baseball pitcher Roger Clemens (C) and his attorney Rusty Hardin (R) arrive at the U.S. District Court after the jury announced it has a verdict in Clemens' perjury and obstruction trial June 18, 2012 in Washington, DC. The jury found Clemens not guilty on all counts. The former Boston Red Sox and New York Yankees pitcher's original trial in 2011 was declared a mistrial after the judge said the prosecution presented inadmissible testimony that prejudiced the jury. A seven-time Cy Young Award winner, Clemens is on trial for making false statements, perjury and obstructing Congress when he testified about steroid use during a February 2008 inquiry by the House Oversight and Government Affairs. (Photo by Chip Somodevilla/Getty Images)