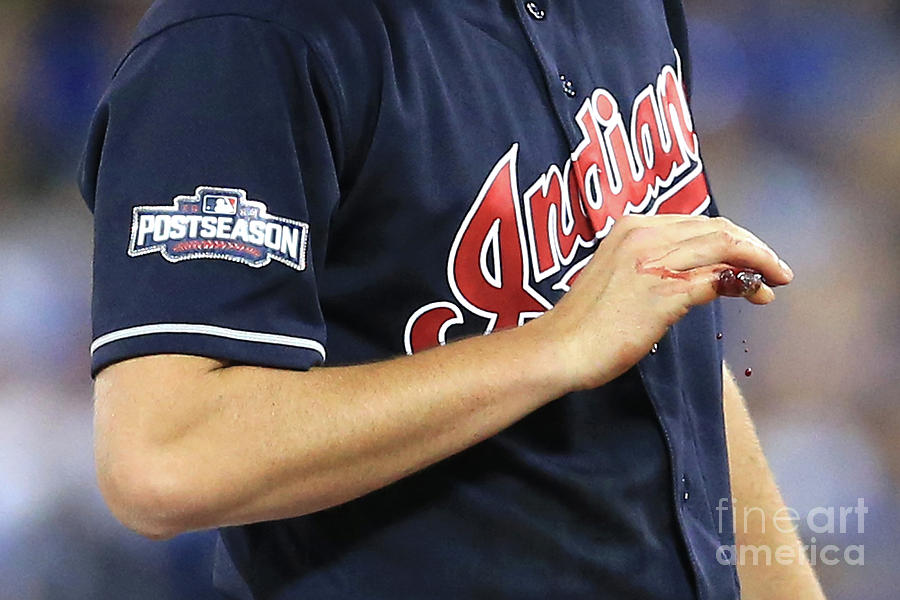 TORONTO, ON - OCTOBER 17: A detailed view of the bloody pinky finger of Trevor Bauer #47 of the Cleveland Indians in the first inning against the Toronto Blue Jays during game three of the American League Championship Series at Rogers Centre on October 17, 2016 in Toronto, Canada. (Photo by Vaughn Ridley/Getty Images)