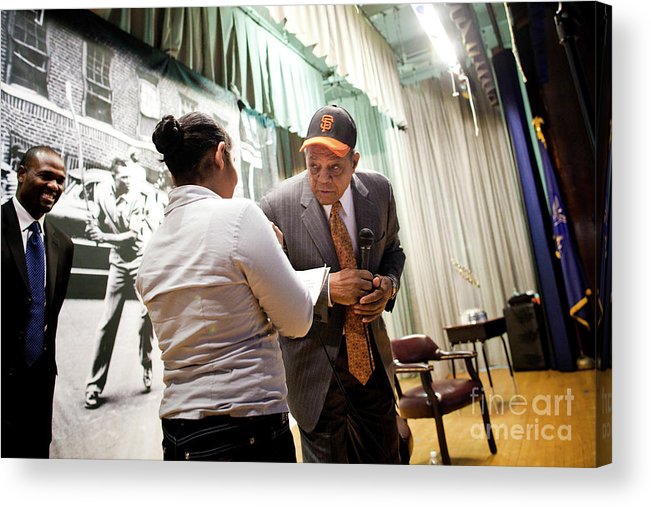 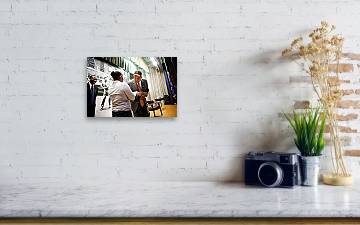 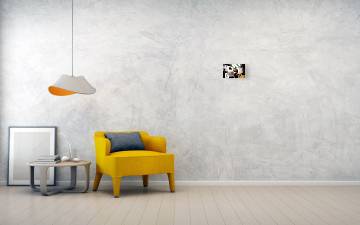 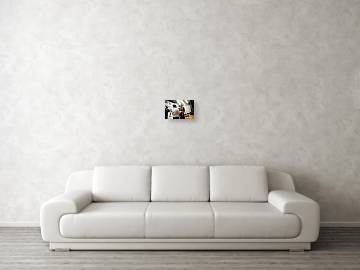 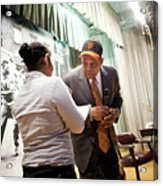 Willie Mays And The World Series Trophy acrylic print by Michael Nagle.   Bring your artwork to life with the stylish lines and added depth of an acrylic print. Your image gets printed directly onto the back of a 1/4" thick sheet of clear acrylic. The high gloss of the acrylic sheet complements the rich colors of any image to produce stunning results. Two different mounting options are available, see below.

NEW YORK - JANURARY 21: Willie Mays, right, answers questions from students during a visit to PS 46 in Harlem, next to the site of the former Polo Grounds, where the new York Giants played before moving to San Francisco in 1958, on Jan. 21, 2011 in New York City. The Giants hadn't won the World Series since 1954. (Photo by Michael Nagle/Getty Images)Image provided by Getty Images.