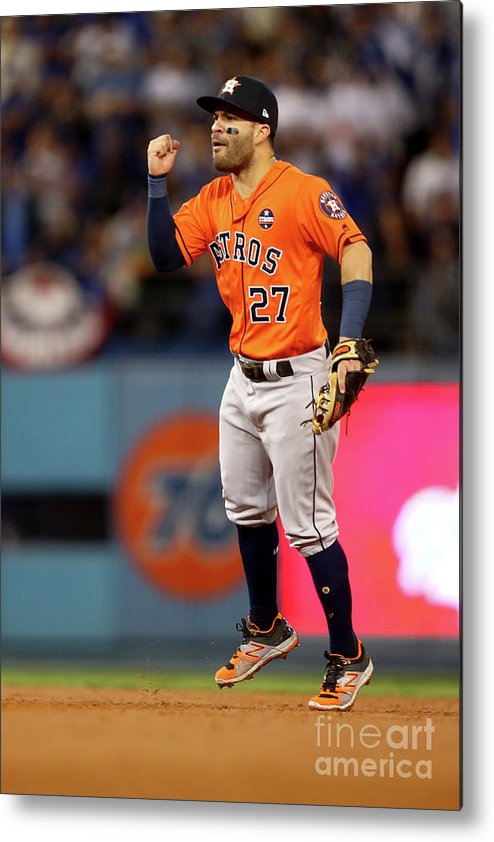 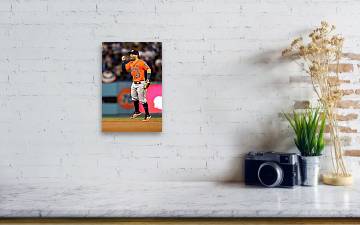 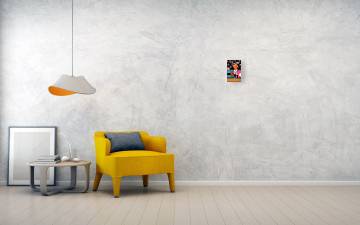 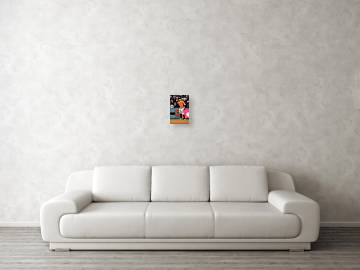 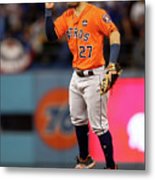 World Series - Houston Astros V Los metal print by Ezra Shaw.   Bring your artwork to life with the stylish lines and added depth of a metal print. Your image gets printed directly onto a sheet of 1/16" thick aluminum. The aluminum sheet is offset from the wall by a 3/4" thick wooden frame which is attached to the back. The high gloss of the aluminum sheet complements the rich colors of any image to produce stunning results.

LOS ANGELES, CA - NOVEMBER 01: Jose Altuve #27 of the Houston Astros reacts during the second inning against the Los Angeles Dodgers in game seven of the 2017 World Series at Dodger Stadium on November 1, 2017 in Los Angeles, California. (Photo by Ezra Shaw/Getty Images)Image provided by Getty Images.