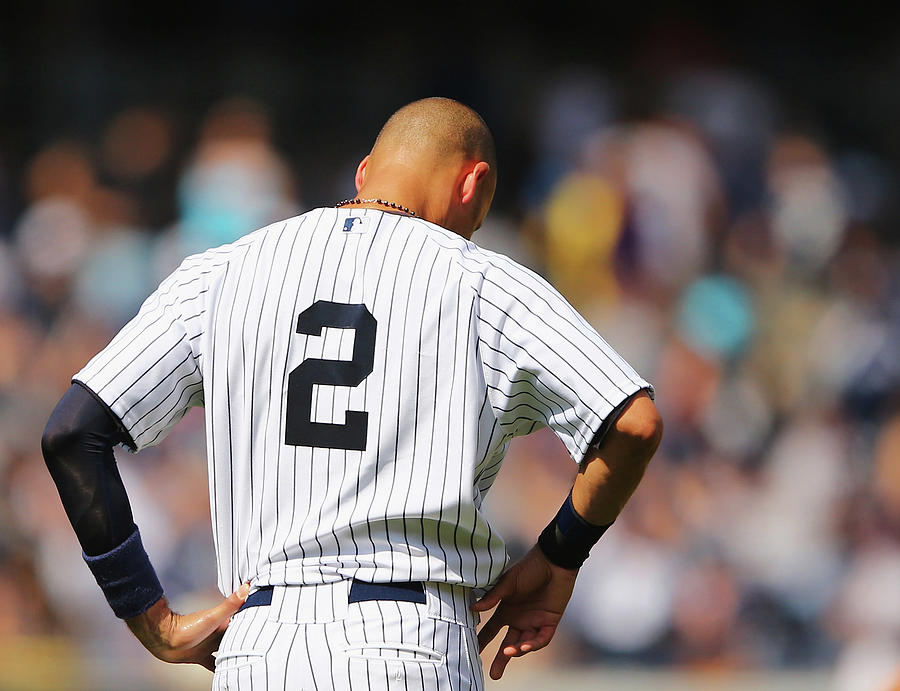 NEW YORK, NY - AUGUST 10: Derek Jeter #2 of the New York Yankees reacts after striking out in the sixth inning against the Cleveland Indians during their game at Yankee Stadium on August 10, 2014 in the Bronx borough of New York City. (Photo by Al Bello/Getty Images)