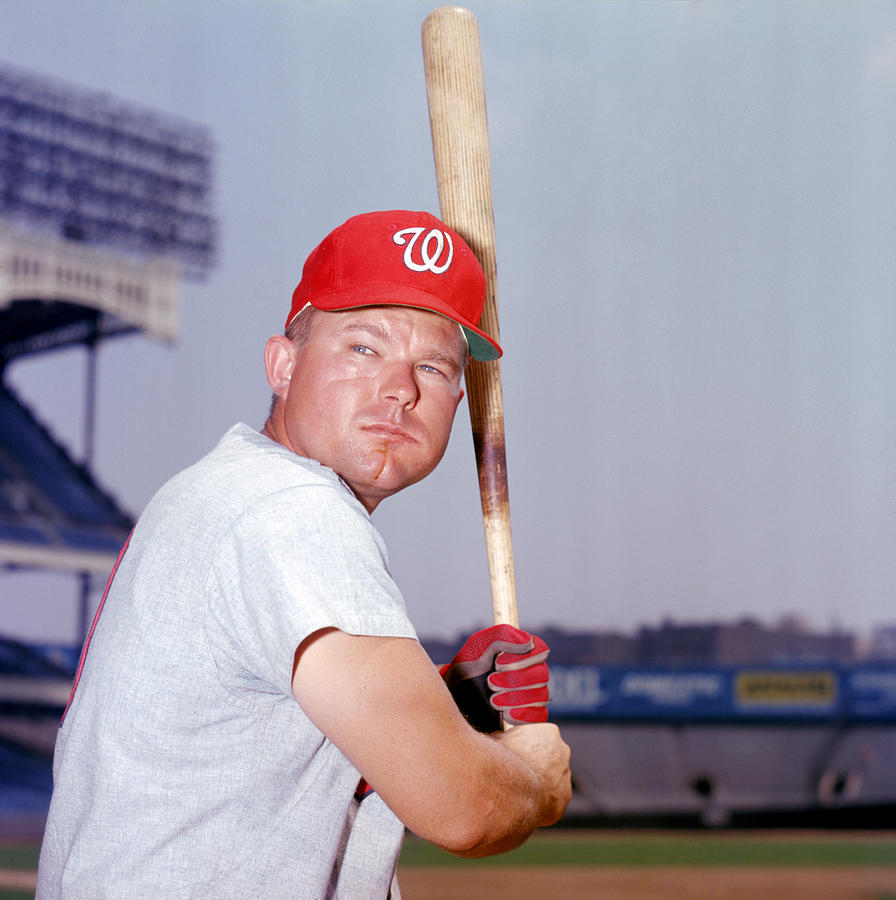 UNDATED: Jim French #10 of the Washington Senators poses for an action portrait circa 1965-1971. The Senators Baseball franchise originated in Washington DC in 1961 through 1971, then moved and became the Texas Rangers in 1972 to present. (Photo by Louis Requena/MLB via Getty Images)