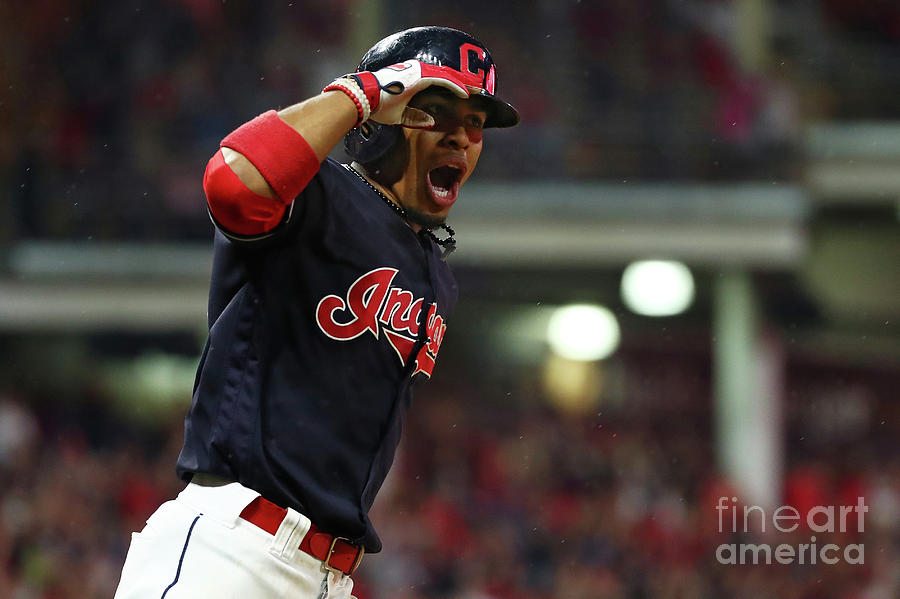 CLEVELAND, OH - OCTOBER 06: Francisco Lindor #12 of the Cleveland Indians runs the bases after hitting a grand slam in the sixth inning against the New York Yankees during game two of the American League Division Series at Progressive Field on October 6, 2017 in Cleveland, Ohio. (Photo by Gregory Shamus/Getty Images)