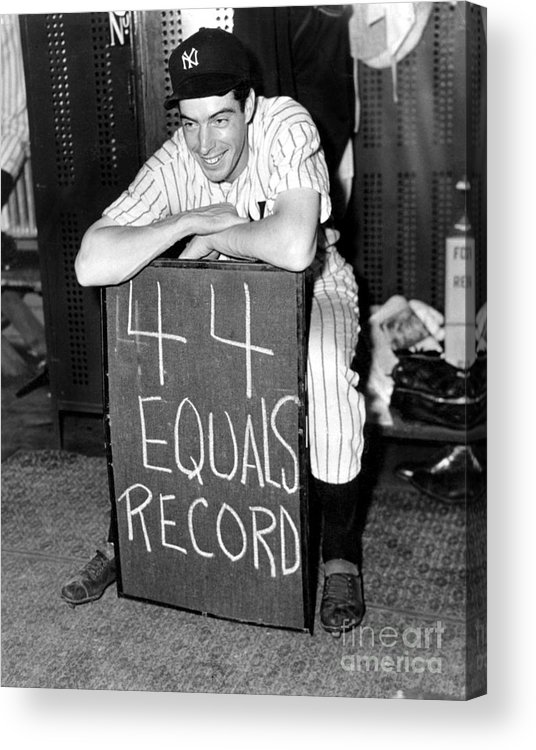 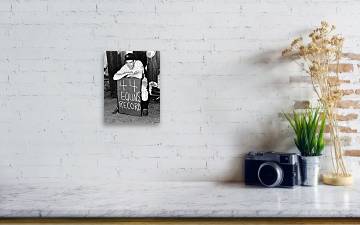 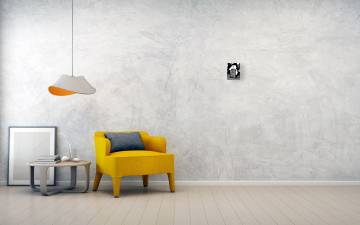 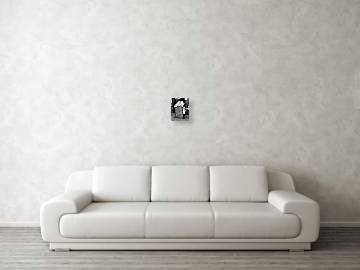 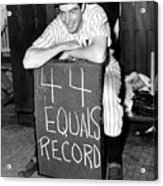 Joe Dimaggio acrylic print by National Baseball Hall Of Fame Library.   Bring your artwork to life with the stylish lines and added depth of an acrylic print. Your image gets printed directly onto the back of a 1/4" thick sheet of clear acrylic. The high gloss of the acrylic sheet complements the rich colors of any image to produce stunning results. Two different mounting options are available, see below.

NEW YORK - JULY 1: Joe DiMaggio #5 of the New York Yankees sits in the locker room with a sign that reads "44 Equals Record" at Yankee Stadium in the Bronx, New York on July 1, 1941. DiMaggio tied the record with a hit off of the Boston Red Sox pitcher Jack Wilson. DiMaggio holds the record for 56 consecitive games with a hit. (Photo by National Baseball Hall of Fame Library/MLB via Getty Images)Image provided by Getty Images.