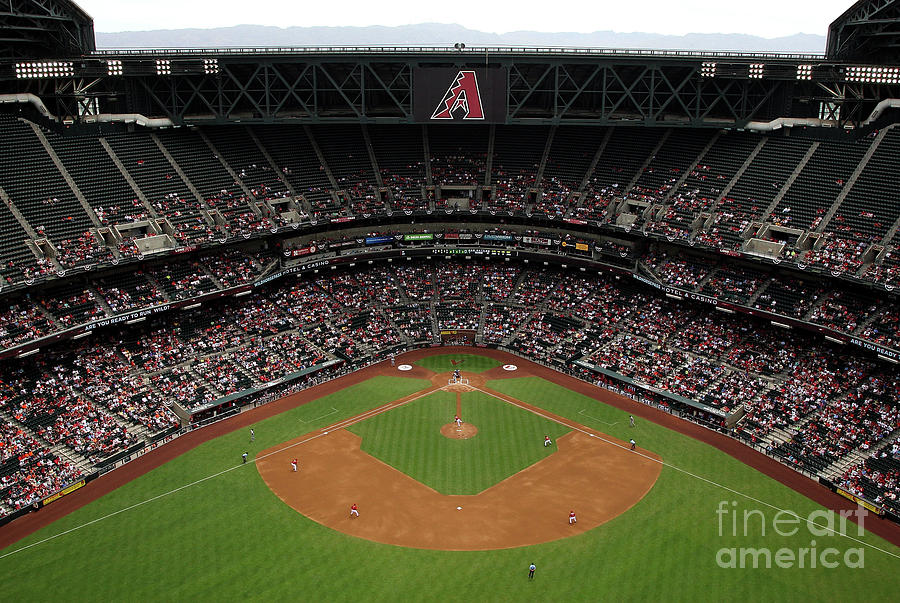 PHOENIX, AZ - APRIL 08: General view of action as starting pitcher Josh Collmenter #55 of the Arizona Diamondbacks pitches against the San Francisco Giants during the first inning of the MLB game at Chase Field on April 8, 2012 in Phoenix, Arizona. The Diamondbacks defeated the Giants 7-6. (Photo by Christian Petersen/Getty Images)