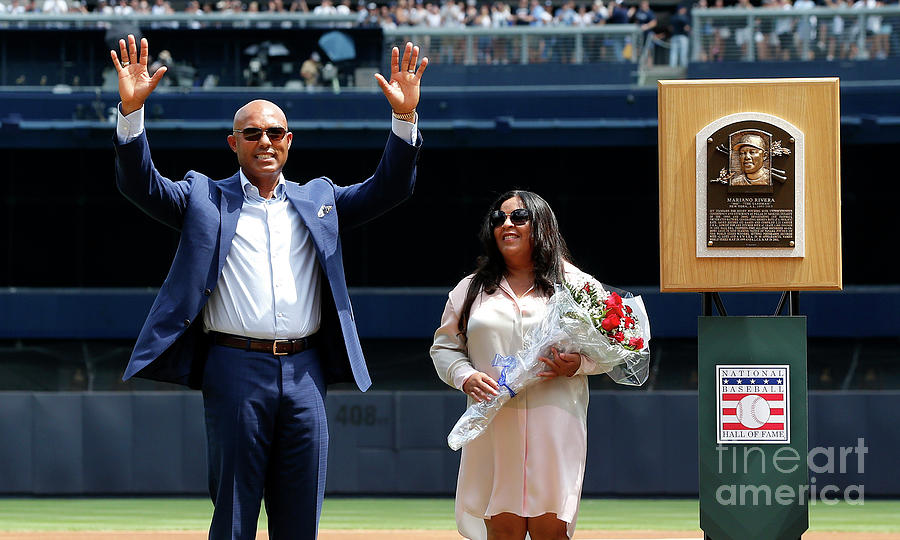 NEW YORK, NEW YORK - AUGUST 17: 2019 National Baseball Hall of Fame inductee and former New York Yankee Mariano Rivera acknowledges the crowd as he stands with his wife Clara next to his Hall of Fame plaque during a ceremony in his honor before a game between the Yankees and the Cleveland Indians at Yankee Stadium on August 17, 2019 in New York City. (Photo by Jim McIsaac/Getty Images)