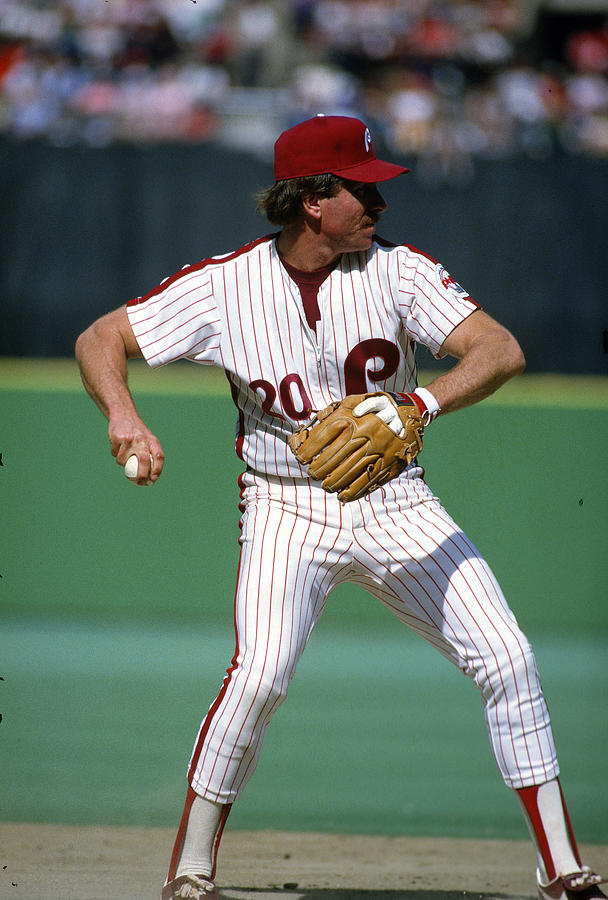 PHILADELPHIA, PA - CIRCA 1979: Mike Schmidt #20 of the Philadelphia Phillies looks to throw the ball to first base during an Major League Baseball game circa 1979 at Veterans Stadium in Philadelphia, Pennsylvania. Schmidt played for the Phillies from 1972-89. (Photo by Focus on Sport/Getty Images)