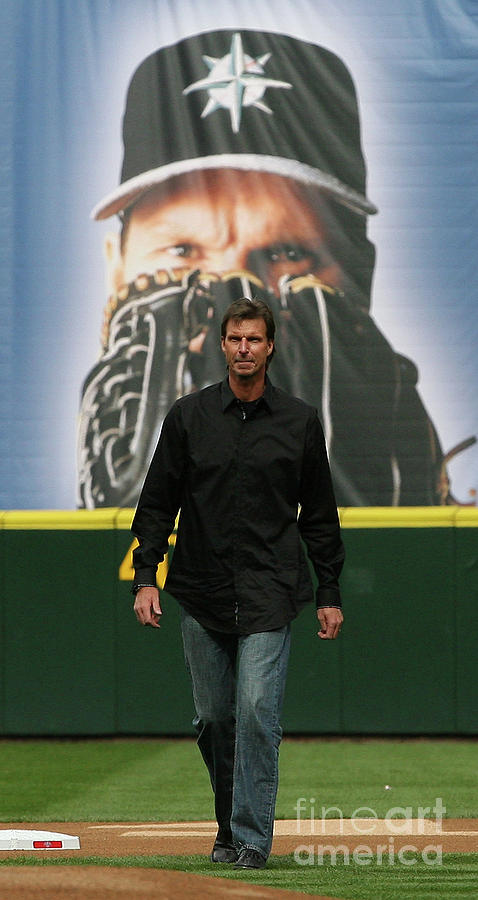 SEATTLE - APRIL 12: Former Mariners star Randy Johnson walks on to the field to throw out the ceremonial first pitch prior to the Mariners' home opener against the Oakland Athletics at Safeco Field on April 12, 2010 in Seattle, Washington. The Athletics defeated the Mariners 4-0. (Photo by Otto Greule Jr/Getty Images)