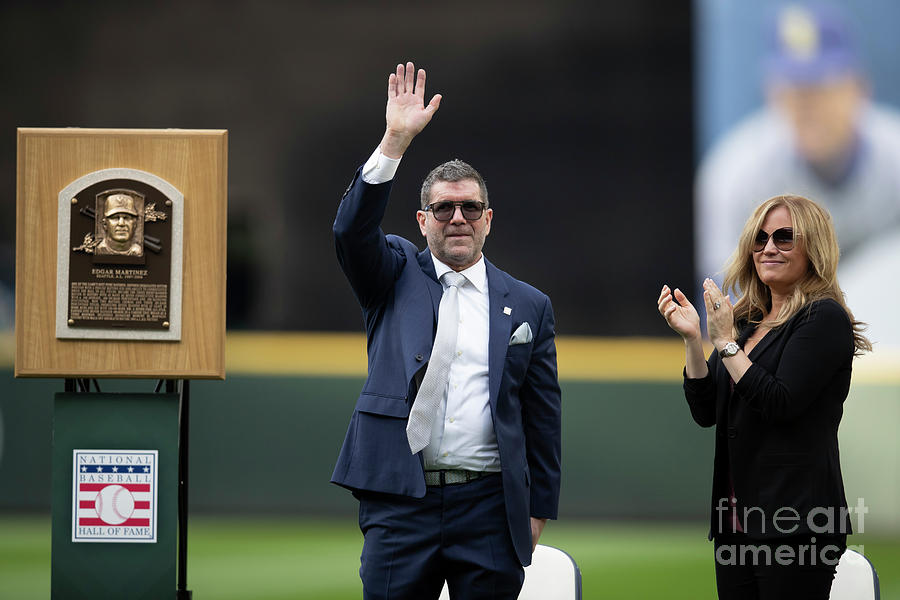 SEATTLE, WA - AUGUST 10: Former Seattle Mariners player Edgar Martinez waves while his wife, Holly, applaudes after speaking to the crowd during a ceremony honoring his induction in the Major League Baseball Hall of Fame before a game between the Tampa Bay Rays and the Seattle Mariners at T-Mobile Park on August 10, 2019 in Seattle, Washington. The Rays won 5-4. (Photo by Stephen Brashear/Getty Images)