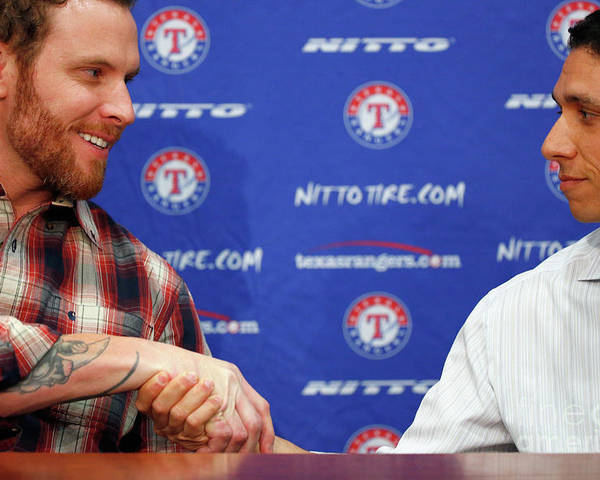 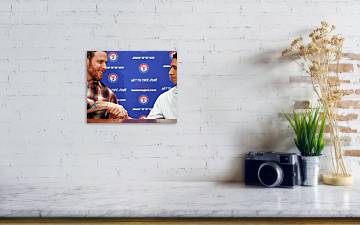 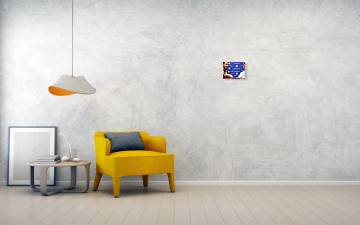 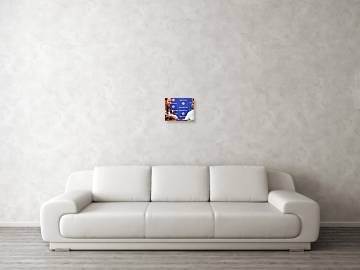 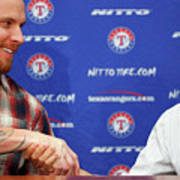 Texas Rangers Introduce Josh Hamilton poster by Tom Pennington.   Our posters are produced on acid-free papers using archival inks to guarantee that they last a lifetime without fading or loss of color. All posters include a 1" white border around the image to allow for future framing and matting, if desired.

ARLINGTON, TX - APRIL 27: Josh Hamilton, outfielder for the Texas Rangers, shakes hands with Jon Daniels, Texas Rangers President of Baseball Operations and General Manager, at Globe Life Park on April 27, 2015 in Arlington, Texas. Hamilton was acquired from the Los Angels in exchange for a player to be named later or cash considerations. (Photo by Tom Pennington/Getty Images)Image provided by Getty Images.