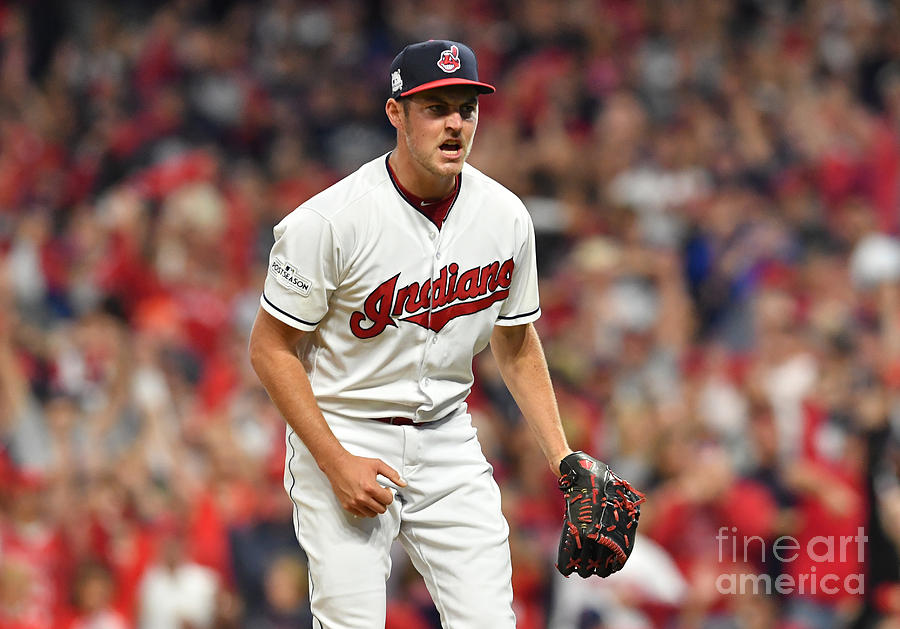 CLEVELAND, OH - OCTOBER 05: Trevor Bauer #47 of the Cleveland Indians celebrates after retiring the side in the sixth inning on a strike out against the New York Yankees during game one of the American League Division Series at Progressive Field on October 5, 2017 in Cleveland, Ohio. (Photo by Jason Miller/Getty Images)