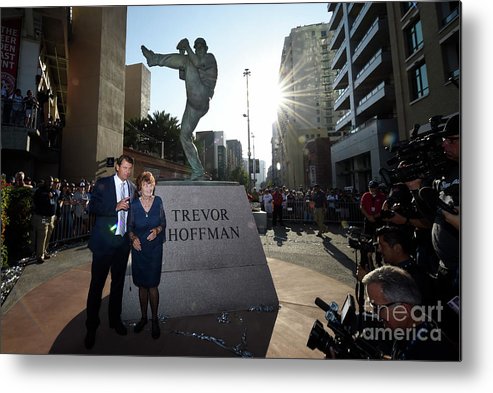 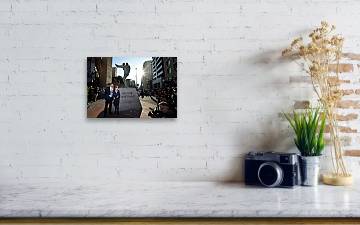 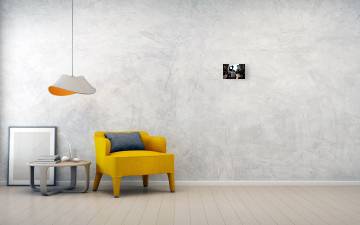 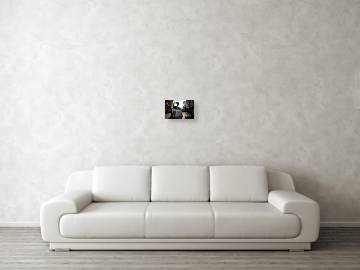 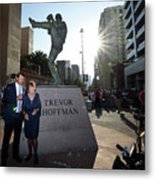 Trevor Hoffman metal print by Denis Poroy.   Bring your artwork to life with the stylish lines and added depth of a metal print. Your image gets printed directly onto a sheet of 1/16" thick aluminum. The aluminum sheet is offset from the wall by a 3/4" thick wooden frame which is attached to the back. The high gloss of the aluminum sheet complements the rich colors of any image to produce stunning results.

SAN DIEGO, CA - AUGUST 18: National Baseball Hall of Fame pitcher Trevor Hoffman poses for a photo with his mother Mikki Hoffman next to his statue before a baseball game between the San Diego Padres and the Arizona Diamondbacks at PETCO Park on August 18, 2018 in San Diego, California. The statue was unveiled to commemorate his induction into the hall of fame. (Photo by Denis Poroy/Getty Images)Image provided by Getty Images.