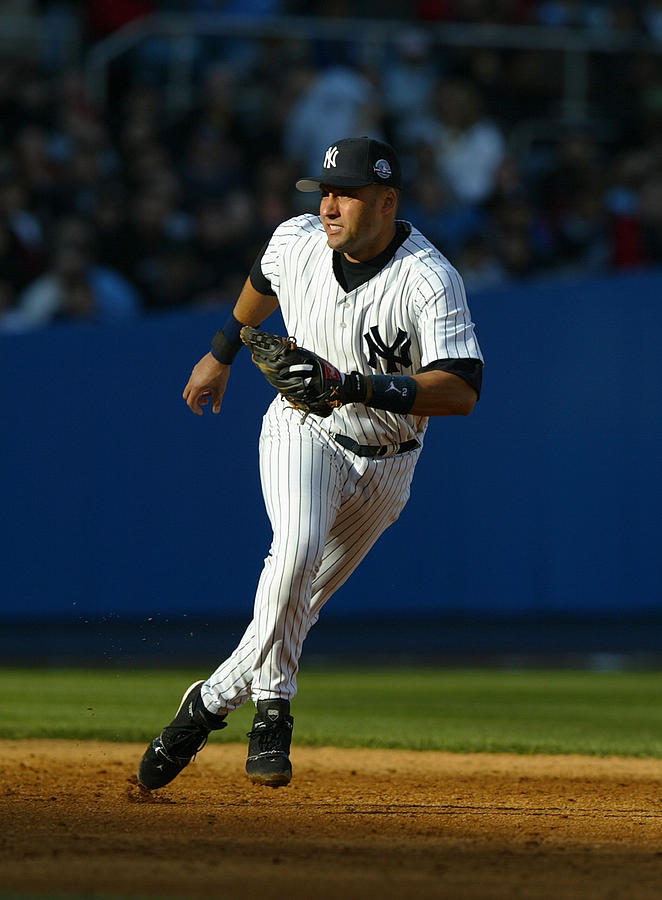 BRONX, NY - APRIL 9: Derek Jeter #2 of the New York Yankees jumps into action in the infield during their opening home game against the Chicago White Sox on April 9, 2004 at Yankee Stadium in the Bronx, New York. The White Sox won 9-3. (Photo by Al Bello/Getty Images)